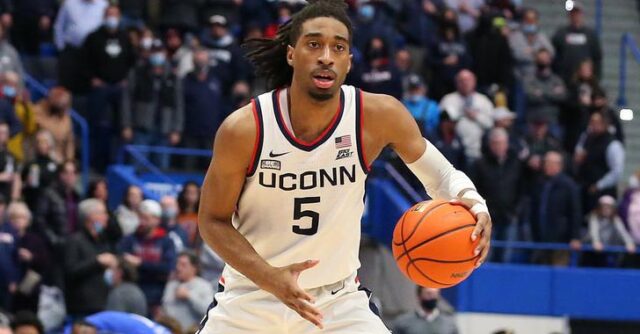 Villanova is coming off an emotional win in its victory against St. John’s that saw the Wildcats come back from a double digit deficit. It came down to last-second free throws for Villanova and you have to imagine it might get that close again. These two teams split the regular season series so we get the official rubber match with some seed lines at stake.

How to watch UConn vs. Villanova Basketball

UConn was in control of its game against Seton Hall, winning by 10 in the end. It won’t have quite the same cake walk against Villanova. But the Huskies are on a bit of a heater, winning their last seven of eight games. They hope to keep that alive and get to the final game of the Big East Conference Tournament.

UConn vs. Villanova Odds and prediction

UConn will hope to win this game on the glass as it comes in averaging the sixth-most rebounds per game in the country. With a few big forwards who are solid rebounders, that could spell trouble for Villanova since it is so reliant on guard play and does not always rebound the ball well. Expect Adama Sanogo, Tyler Pulley, and Isaiah Whaley to get in on that action.

While UConn relies mostly on its big men to play well, Villanova enjoys good guard play. They don’t turn the ball over all that often at about 10 times per game. Their other biggest advantage is that they are the best shooting team at the free throw line in the country. Should the game come down to that, Villanova is shooting nearly 83% from the charity stripe.

The Huskies are solid at protecting the rim, averaging 6.6 blocks per game, which is good for second in the country. With those blocks comes a strong defensive shooting percentage from inside the arc. UConn has forced teams to shoot under 43% on two-pointers and and about 40% overall from the floor.