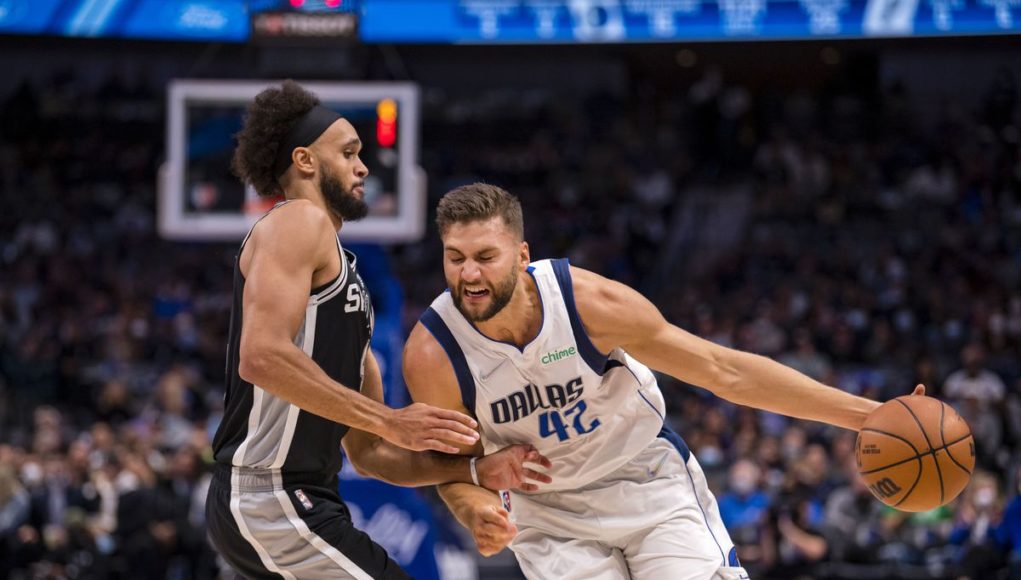 The San Antonio Spurs opened up their first big road trip of the season in Dallas on Thursday but would fall 104-99 to the Mavs despite a hot start.

The loss is the fourth straight for the rebuilding Spurs, whose lone win was their season-opener over the Orlando Magic.

“The competitiveness is there,” Spurs Head Coach Gregg Popovich said. “The experience and the mistakes we might make in shot selection, transition defense, it adds up because we’re not that potent an offensive team… We’re not going to have that guy to go to, to say go score.”

Here are three big points from the Spurs’ loss to Dallas:

San Antonio started the game strong, racing out to a 25-5 first quarter lead but Dallas responded with a 16-0 and outscored the Spurs 25-4 to take the 30-29 lead. It was a complete reversal of what happened to Dallas in the opening quarter.

Down the stretch, the Spurs could not get the ball to go in despite a Dejounte Murray three-pointer cutting the deficit to 102-99 with less than a minute to play. Meanwhile, the Mavs had Luka Doncic, who finished with 25 points.

One player who has struggled to start the season for the San Antonio Spurs is Derrick White. He scored just nine points on 4-for-11 shooting on Thursday and missed all three of his attempts from beyond the arc.

White is averaging 12.4 points per game through five games this season but his turnovers (3.0) and 3-point percentage (28.0%) are the highest and lowest of his career respectively. Given it only has been five games, there is plenty of time for White to turn his offense around.

What White lacks on offense, he read this makes up on the defensive end. He had a massive block late in the game that set up Dejounte Murray’s three-pointer to cut the deficit to just three points.

Dejounte takes over for the Spurs

Despite the Spurs being on a losing streak, Dejounte Murray is starting to come into his own as a member of this young San Antonio Spurs squad. He had another solid outing on Thursday, posting a double-double with a team-leading 23 points, 10 rebounds, and eight assists.

He had a steal and was two assists shy of another triple-double after achieving one against the Lakers.

“That’s a bad dude right there, man. Making all the right plays,” Lonnie Walker said of Murray after the game Tuesday. “That’s our point guard, that’s the leader of our team, in my opinion.”

The San Antonio Spurs are now 1-4 on the season and will return to the court on Saturday night when they face the Milwaukee Bucks (3-2) at 7 p.m.