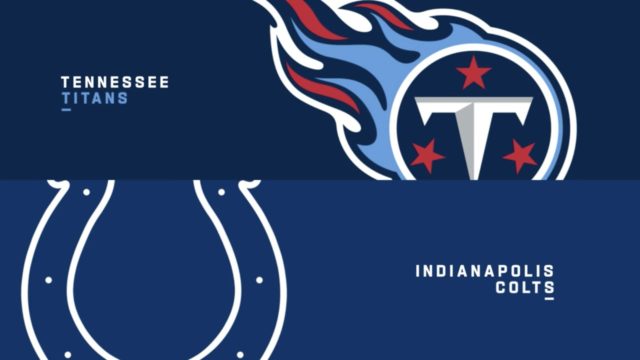 It’s an AFC South showdown between the division’s leaders in Week 8. Surprisingly enough, the Indianapolis Colts are slight favorites to beat the Tennessee Titans. Despite trailing Tennessee (5-2) in the standings, the Colts (3-4) are drawing the edge. Sunday’s game is at Lucas Oil Stadium where Indianapolis is just 1-2 this year.

Sunday will be the second time this season that the Colts and Titans have faced off. In their Week 3 matchup, Tennessee maintained the lead from halftime until the end, winning 25-16 in Nashville. In the last 10 contests between the teams, the series is split 5-5, with Tennessee winning the last two.

Before you rush to your DraftKings account to take Indianapolis to win, do two things. First, be sure to get your promo code for up to a $1,000 deposit bonus, and then, do your homework. What are the real odds that the Colts win this weekend? Can they not only get the moneyline, but cover the spread? It’s OK, you can use these answers. Let’s take a look at the main betting figures for this weekend’s game against the Titans.

Disclaimer: Odds mentioned below are as of Friday morning, 10/29/21 and are liable to change before kickoff.

Set at -2.5, the spread for the Colts lets you know this matchup will be a close one. The half-point hook also and protects “The House” from a come-from-behind field goal from the Colts. The line actually appears to come from the Titans’ body of work. Tennessee has had three games decided by three points or less this season. They are 2-1 in those situations, winning in overtime against the Seattle Seahawks in Week 2 and the Buffalo Bills in Week 6. That Bills game, of course, is when Buffalo went for the win but came up short on fourth-and-goal. The loss was in overtime to the New York Jets.

In their three wins this season, Indianapolis would have covered a -2.5 spread, winning double figures in each of them. Through Week 7, the Colts have had just one game decided by three points or less, coming in their Week 3 loss to the Los Angeles Rams. If you’re liking the Colts in this matchup, protect yourself from a back-door loss from the Titans and buy the half-point to take it to -3 if you can. Still, -2.5 is a likely cover for Indianapolis in a win regardless.

It is worth noting that just one of the last 10 games between the teams has been divided by three points or less. That was a 19-17 Colts victory in 2019 that was decided by a touchdown and a missed extra point attempt by Indianapolis.

Looking at the recent head-to-head history, the under is the wise take here. Continuing to use get the facts the last 10 games as a sample, just one game in that span has eclipsed 51 points, coming last November in a 45-26 Tennessee victory. Still, that’s not the full picture here.

The Titans have gone over 51 on the total three times this season, and in two of their last three games in wins over the Bills and the Jacksonville Jaguars. For their part, Indianapolis has gone over 51 just once, and that was due to the overtime score in the loss to the Baltimore Ravens. While both teams have each scored 25 or more points the last three weeks, their end total figures to be under this weekend.

In 2017, the Colts lost both of their games to the Titans before going on to win the next three matchups. Once again, Indianapolis is on a two-game skid to Tennessee, and they now find themselves favored to once again avoid a third consecutive loss to their in-division foe.

Both Tennessee and Indianapolis are entering Sunday’s game coming off of wins. The Colts have won their last two, and the Titans have won their last three. When they first met in Week 3, Carson Wentz struggled, failing to find the endzone. Indianapolis had to settle for four field goal attempts from kicker Rodrigo Blankenship, three of which connected for points. The Colts’ lone touchdown came on a nine-yard run from Nyheim Hines. Ryan Tannehill had three touchdowns in the September game, but also threw a pair of interceptions. Derrick Henry had 28 carries for  134 yards but was kept out of the endzone.

Why the Titans aren’t favored in this one is a bit of a surprise. With their last two wins coming over the Bills and the Kansas City Chiefs respectively, their strength of opponent is stronger than Indianapolis’ wins over the Texans and the 49ers. Henry got a rest from practice on Thursday, and A.J. Brown has also been given some downtime ahead of this game. Only Julio Jones looks like he might miss this weekend, which isn’t enough to justify Tennessee’s underdog status. Sorry Colts fans, but the moneyline doesn’t feel safe, which takes away the aforementioned spread too.