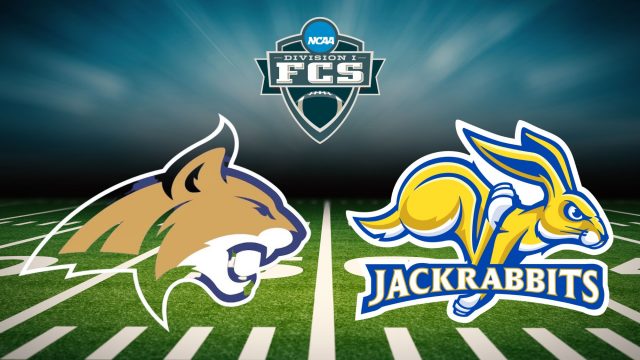 There’s nothing quite like a football game in the snow. This year’s FCS semifinal match-up between Montana State (12-1) and South Dakota State (12-1) is going to be a cold one. With Montana’s equipment truck reportedly driving through blizzards to get to Brookings South Dakota, and a game day high of 10 degrees this will be a memorable occasion. The winner will get to take a trip south to Texas to play for the championship in warmer weather. There’s only a 7% chance of snow during the game but there are reports of snow being on the ground. Who will come out on top the Montana state Bobcats or the South Dakota State Jackrabbits? Make sure your tune in to catch all the frigid action.

How To Stream Bobcats vs. Jackrabbits

Which team will be able to tough it out and perform championship-level football for four quarters? This will be a great game to see, preferably from the warm comfort of your own home. This FCS Semifinal game will air live from the Dana J Dykhouse Stadium in Brookings, South Dakota on ESPN2 at 3 PM CT. Streaming options for the game include ESPN+ and Sling TV.

Despite the weather, this is quite a match-up. The Bobcats have an amazing running game that averages just under 400 yards a game. The Jackrabbits’ defense holds opponents to under 100 rushing yards a game. Both teams like to run the ball, so a fumble may make or break the game.

Bobcats RB Isaiah Ifanse had a 68-yard touchdown against William and Mary Tribe, rushing for 162 yards total. Look for him to make big contributions in this matchup. The quarterbacks like to put on a show with their run games as well. The Bobcat’s defense may not be ranked first but they can more than hold their own, they’re effective against the run game and have recovered 15 fumbles this season. Everyone is expecting the Bobcats to run extensively but they have capable receivers that may find themselves wide open when the time is right.

For the Jackrabbits to advance to the championship they’ll have to find a way to stop the Bobcats’ rushing quarterbacks, this was something they struggled with in their last game, the opposing quarterback rushed for over 200 yards. They’ll have to tighten up the defensive line if they want to stop the Bobcats. Look for Jackrabbits quarterback Mark Gronowski to make some big passes in the middle of the field. For as good as the Bobcats’ rushing defense their weakness is protecting passes down the middle. The Jackrabbits have a star running back of their own in Isaiah Davis and he recently went viral with a crazy stiff arm. So look for a few explosive runs from him to get his team hyped up.

Who’s your pick to advance to the Championship game in Texas? Who’s running game will prevail? Comment below with your final score predictions, and who you think will rush for the most yards.