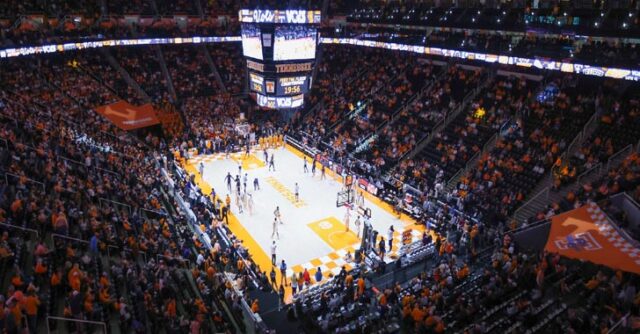 Tennessee will undoubtedly want revenge on Arkansas since the Razorbacks gave the Vols their most recent loss. It came at Bud Walton Arena so naturally the Vols will seek to take advantage of their own home court advantage, which has led them to 15 home wins this season. If Arkansas can overcome Tennessee’s normally stingy defense, it should have an excellent shot at winning the game.

How to watch Arkansas vs. Tennessee Basketball

Arkansas is likely to rely on JD Notae and Stanley Umude as it has the last few games. Both have scored in double figures together in five of the last six games. With Jaylin Williams coming on strong as a rim protector lately, Arkansas should be feeling good about its chances despite what the spread or ESPN’s Basketball Power Index says.

Tennessee is a pretty stingy team on defense, allowing only 63 points per game. They score only 73.5 per game so getting stop is always key for this team. Meanwhile, Arkansas scores almost 78 per game, but allows almost 68. The Razorbacks will have to break Tennessee’s defense or force Tennessee into a whole lot of bad shots and at home.

Part of the reason Arkansas is able to score so much is because they get points in the easiest way possible. They get to the free throw line the fourth-most times per game in the country and they make the most free throws each as well. This is especially important because the Hogs do not shoot it all that well as a team from beyond the arc. This would also explain why they don’t shoot too many shots from out there as well.

Tennessee’s defense will likely carry it through this game and part of that will be creating live turnovers. They do that quite well as they average 9.6 steals per game. That should make it quite easy to get out in transition for a Vols team with some solid guard play.