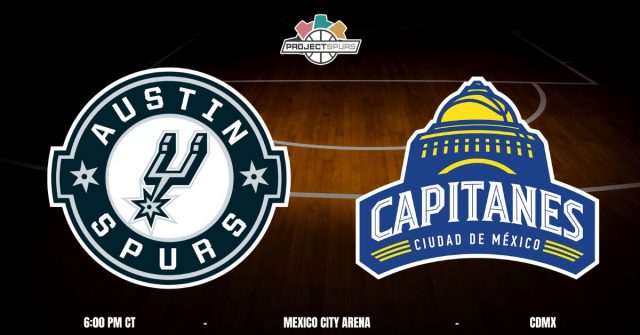 After a heartbreak loss at the hands of Mexico City in the first of a two-game series, The Austin Spurs will hope to enact revenge against the Mexico City Capitanes. With the returns of Alize Johnson and Charles Bassey on the roster, the Spurs gave Mexico City quite the scare in the first game, only falling 127-125 on Friday, January 13th. With such a close game, Austin will have some hope that they can even the season series at 2-2, and will believe that they have the quality needed to achieve a big-time W. Tip-off for this contest will be at 6:00 P.M. CST.

End. Tune in tomorrow for our rematch in Mexico City! @uthealthaustin pic.twitter.com/n8W8ETvAiC

Despite the heartbreaking loss, there has to be much credit in terms of the performance of the squad. The two big returning pieces to the roster had major impacts on the night. Forward Alize Johnson had 21 points and 11 rebounds, grabbing another double-double on the season, while standout center Charles Bassey had 30 points and 10 rebounds. The two are becoming one of the best frontcourt duos in the G-League, and Spurs fans have plenty of things to be excited about as long as they are on the court.

Tommy Kuhse and Dominick Barlow also had 14 points each off the bench, showing that Austin does have some heavy hitters that can come in at a moment’s notice. The depth of the squad is starting to increase, and as the season progresses, many believe that there will be an uptick in wins rather than losses. The most important aspect of this is that these players are developing and getting quality minutes while with Austin.

Despite the scare, Mexico City’s quality eventually prevailed in the first game, and there were some eye-catching performances. Forward Mason Jones had a big 39 points, shooting 15-20 on the night. Former Austin Spur Kenneth Faried had 13 rebounds and three steals, showing a really good defensive performance.

Guard Rigoberto Mendoza also had a solid 28 points, showing that even with rotation, Mexico City has depth in all areas. This will be an important game for them as they continue their push for the top spot in the western conference standings.

There is no doubt that this second game will be as close as the first, and even more intense at that. It will surely be a game at not only Spurs and Capitanes fans, but neutrals, will not want to miss.