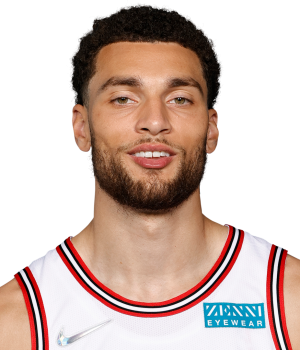 This offseason the San Antonio Spurs can open anywhere from $16 million to $37 million in cap space depending on the decisions they make with their own free agents and players on non-guaranteed contracts.

With LaVine being an unrestricted free agent, he’s able to choose wherever he’d like to sign. LaVine and James Harden (player option) are the only 2 All-Stars in this 2022 free agent group this offseason.

According to ProFitX, LaVine’s contract projects to be slightly below the max in the range of $25.5 to $34 million. If you’re the Spurs or any other team with significant cap space trying to get LaVine to leave the Bulls (who can offer him the most money because of an additional fifth year, 5 years, $212 million), you probably have to send a max four year contract offer of four years, for $157.4 million.

Since LaVine has now completed his 8th NBA season, his max in year one of a new deal will be $36.6 million. Without having to make trades, the Spurs can open up to $37 million in cap space and send LaVine a max offer by renouncing all free agents and waiving all players on non-guaranteed deals.

Assuming LaVine accepts this offer, this would give the Spurs a roster of LaVine, Dejounte Murray, Josh Richardson, Jakob Poeltl, Romeo Langford, the 9th, 20th, and 25th picks from the 2022 NBA Draft, Devin Vassell, Josh Primo, and Keldon Johnson.

That would be 11 players on the roster with 4 open rosters spots and 2 open two-way spots. The Spurs would still have the $5.3 million room exception to sign another free agent, as well as veteran minimum contracts to fill out the roster.

The Spurs could also look to other alternatives to getting to the $36.6 million max offer for LaVine by trading players on guaranteed deals for next season, or by seeing if the Bulls and LaVine would be willing to work on a sign-and-trade deal.

The Spurs can begin contacting LaVine once free agency begins July 1, and even if a verbal agreement on an offer were reached, a contract cannot be signed until the moratorium is lifted July 6.

However, let’s explore two more questions about LaVine and the Spurs.

Does LaVine want to leave Chicago and do the Spurs have interest?

Based on the latest reporting from Jake Fisher of Bleacher Report, the most likely scenario is LaVine re-signs with the Bulls because they’re able to offer that 5th year that the Spurs, nor any other team can offer.

That was Dejounte Murray, who tweeted and then deleted a photo of LaVine in a Spurs jersey back in late April. Murray’s words were just “Hmmmmm” with the eyeballs emoji, so he wasn’t directly stating his interest in LaVine joining the Spurs, but that appears to be the strongest inference.

With former Spur DeMar DeRozan joining the Bulls last season, LaVine was the second leading scorer on Chicago with 24.4 points per game, 5.6 free throw attempts, 0.3 offensive rebounds, 4.5 assists, and 2.6 turnovers in 34.7 minutes per game in 67 games.

LaVine’s 24.4 points per game would have made him the leading scorer on San Antonio had he had those scoring numbers with the team last season.

When looking at LaVine’s shot table from the regular season, you can see how he’s able to be a threat from all three levels on the court. He’s got a balanced shot chart, with 40% of his looks coming from three, 39% in the paint, and 21% from mid-range.

LaVine was efficient from three, where he scored over a point per shot from above the break and the corners. He was dangerous on wide open threes as well, which is why defenses only allowed 26% of his threes to be attempted wide open.

One dynamic LaVine would bring to the Spurs is a player who is able to make and take pull-up 3s. 61% of LaVine’s three point attempts were pull-up threes and he made enough of them to get at least a point per shot on a difficult shot.

When he attacked the paint, LaVine tried to get to the closest area of the basket and he scored efficiently there. Just 10% of his attempts came from the floater range, where he did struggle with that shot, but again, that’s the last shot he’s willing to take if he has to. The mid-range is a shot he shot slightly above league average at for his position according to CleaningTheGlass.com (CTG), but, it’s also his third shot he resorts to if he can’t get a three or look at the rim.

Adding LaVine to San Antonio would give the Spurs a secondary creator who can create shots for himself or others. Last season Murray led the Spurs with 17.9 drives per game. LaVine finished with 9.9 drives per game on Chicago, which would have ranked 2nd on the Spurs last season.

LaVine is able to create shots for himself, since he was one of the top players in the league at finishing unassisted makes from all three areas at his position.

For a Spurs team that finished 17th on offense, LaVine would provide a boost in two areas where they were bottom 10 on offense last season – getting to the free throw line and three point makes and attempts.

Here’s what Spurs Head Coach Gregg Popovich had to say about LaVine during his time coaching him in the Olympics last summer.

“He was so important to what we did, just because of his special skills. He and Devin Booker were kind of similar in that regard, but they really gave us pace. The speed with which he plays and the athleticism that he uses, I would be in awe from time to time with some of the things he would do on the court, but that speed, that pace that he gave us allowed a lot of things to happen and the thing I remember most about him is I can almost quote him and he’d say, ‘Pop, just tell me what you want me to do and I’m going to do it.’ He must have told me that 10 times while  we were there and he followed through on it. I said we’ve got to have you play D, we’ve got to use that athleticism and make some stops. At the other end they can’t stop you if you’re just active, if you’re aggressive. And he did those things. So he was really one of the favorites. I think there was a lot of people, not just coaches, but other players who hadn’t played with him, that were just stunned by some of the things he could do with the basketball and his speed.”

LaVine finished with 4.3 defensive rebounds, 0.6 steals, 0.3 blocks, and 1.8 fouls per game last season. When looking at his defensive stats per 36 minutes compared to other Spurs players, the only area where he stands out is in not fouling, with just 1.9 fouls per 36 minutes.

When scaling down to just the guards and wings who had rotation minutes last season, LaVine’s contested shots per 36 minutes (6.2) who have ranked 3rd behind only Josh Primo (8.1) and Keldon Johnson (6.5).

While LaVine’s defensive metrics aren’t his strong area on the floor, one interesting note to consider is how he might play defensively under Popovich. Here’s more from Popovich on how LaVine increased his defensive pressure in the Olympics.

“That’s what I mean when I said ‘just tell me what you want me to do.’ I said defense, I already know you’re fast, I already know you can do this, but we’ve got to have you use that to guard because we’re going to have to make stops against some of these teams. And he was important in that, he was able to use that athleticism to get up into people who weren’t used to that kind of pressure, and he could give it, and he did.”