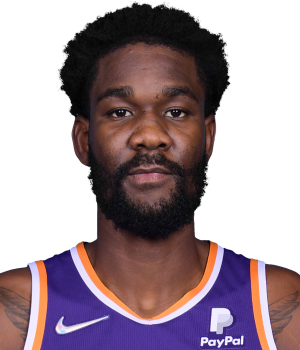 This offseason the San Antonio Spurs can open anywhere from $16 million to $37 million in cap space depending on the decisions they make with their own free agents and players on non-guaranteed contracts.

In this free agent series, we’ll be exploring different free agents for the 2022 offseason.

So long as the Suns tender Ayton a $16.4 million qualifying offer by June 29, Ayton is expected to be a restricted free agent this offseason. This means the Suns have the ability to match any offer sheet Ayton signs with another team within 48 hours after the NBA moratorium is lifted.

What is Ayton’s contract projection?

Per ProFitX, Ayton’s contract for next season projects to be in the range of $26.2 million to $33.2 million. Since Ayton only has four years of NBA experience, the most a team can offer him in year 1 of a new deal is $30.5 million. Ayton reportedly wants nothing less than a max contract.

If the Suns tender Ayton a maximum qualifying offer, then a team sending an offer sheet, the Spurs in this case, would need to send Ayton an offer sheet with a minimum of three years in length. The maximum of an offer sheet can be up to four seasons.

If the Spurs were to try to sign Ayton away from Phoenix, a max four year offer sheet would likely be needed.

In order for the Spurs to send Ayton an offer sheet, they would need to open the $30.5 million in cap space on their roster first. To get to that number without trading a player, the Spurs would need to renounce their free agents (including Lonnie Walker IV) and waive one or two of the players on non-guaranteed contracts (Zach Collins, Keita Bates-Diop, Tre Jones, Jock Landale).

If Ayton were to sign an offer sheet with the Spurs, the option of a sign-and-trade between the Spurs and Suns for Ayton would be ruled out. If Phoenix understood Ayton wanted to go to San Antonio and they knew there was no changing his mind, then the Spurs, Suns, and Ayton could try to work out a sign-and-trade so Phoenix gets some sort of assets back for losing Ayton for nothing. The sign-and-trade is only possible if Ayton doesn’t sign the offer sheet.

Do the Spurs have interest in Ayton?

According to Jake Fischer of Bleacher Report, the Spurs are a team mentioned to have interest in Ayton this offseason.

Ayton’s 17.2 points were second on Phoenix behind Devin Booker and if he had those numbers on the Spurs, he would have been the second leading scorer, narrowly edging out Keldon Johnson (17.0 PPG).

When looking at his shot selection, Ayton is primarily a player who scores most of his points in the paint. 81% of his regular season shot attempts came from the paint, and he was efficient when scoring close to the rim or in the floater range.

16% of his shots came from the mid-range, where he shot 45% from the non-paint two. He did show he could make the above the break three, but the sample size was very small, with just 3% of his total attempts coming from outside. It’s notable that when he did shoot 3s, he mainly shot them wide open and made them efficiently. Still a larger sample size is needed beyond 19 shots.

His assist percentage was slightly below average for bigs according to CleaningTheGlass.com (CTG), and he wasn’t a player who put the ball on the floor a lot of create for himself or others. This is understandable for his position and the fact that he had Booker and Chris Paul to handle the ball. His turnover percentage was slightly above average for his position per CTG.

A lot of his shots were assisted on, which is expected for a big who finishes near the rim and has the pick-and-pop mid-range jumper in his game. While he did take most his shots from mid-range well above his position, he didn’t get many shots at the rim compared to other bigs.

As far a foul drawing, he’s in the 24th percentile (lower end) among bigs according to CTG and he was slightly above average in free throw accuracy for his position.

On the offensive board, he was in the 64th percentile at his position per CTG.

If he were to sign with the Spurs, it would be interesting to see if the Spurs would test out having him play alongside Jakob Poeltl, or if they would look to move on from Poeltl via trade since Ayton would provide more versatility offensively.

At his position, Ayton is in the 28th percentile in block percentage per CTG. However, he’s in the 82nd percentile among bigs in defensive rebounding percentage. He also doesn’t foul much for his position.

If he were on the Spurs last season, the main areas where Ayton would stand out are in defensive field goal percentage (44.3%), contested shots per 36 minutes (13.8), and 9.3 defensive rebounds per 36 minutes.

Going back to the question about Poeltl, the Spurs could try to see how a two-bigs system would work defensively, where they’re likely to make gains in shot contests and defensive rebounding. The problem would be dribble penetration containment with quicker teams trying to put the two bigs in mismatches to try to score at the rim or open 3-point opportunities.

On the opposite end, if they were to go with Ayton and try to trade Poeltl, they would be losing one of their top defensive players in Poeltl around the rim.