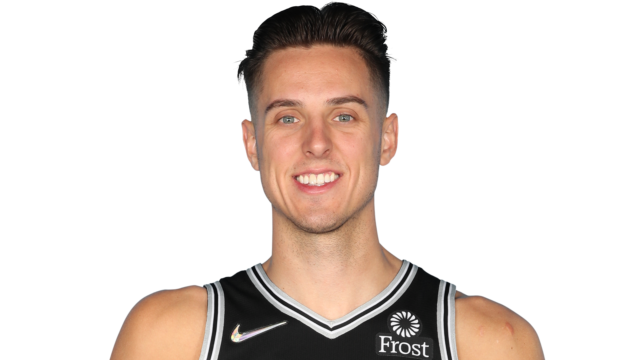 San Antonio Spurs forward Zach Collins is getting closer to his return from his left ankle stress fracture, with the Spurs listing Collins as out for Monday’s game against Phoenix and on G-League assignment with the Austin Spurs.

Collins hasn’t played in a game this season, and he had to miss the entire season last year with Portland due to injury.

Collins was signed to a three year deal this past summer for around $22 million. His injury concerns were likely why the second and third years of the deal weren’t fully guaranteed.

With Collins making the first steps of returning to the court in mid-January, this tracks with the updates Spurs Head Coach Gregg Popovich has provided this season.

Early on, Popovich said Collins would likely be back sometime after Christmas. In late December, he said, “I’m just guessing January, February as his timeframe.”

From late December to mid January the Spurs have struggled with multiple players going into health and safety protocols at different or some times the same time.

Once Collins is fully ready to join the San Antonio team, it’ll be interesting to see where his minutes come from. When healthy, the Spurs have a rotation of:

Bryn Forbes and Keita Bates-Diop have also been in the rotation at different times as well.

With the Spurs usually using lineups of 4 wings/guards and one big, Poeltl and Landale have been getting all the minutes at the 5.

If the Spurs don’t want to take away center minutes from Poeltl and Landale, they may want to give Collins some minutes at the 4 once he’s healthy. There could be some minutes off the bench if he takes some of the minutes Bates-Diop has been getting.