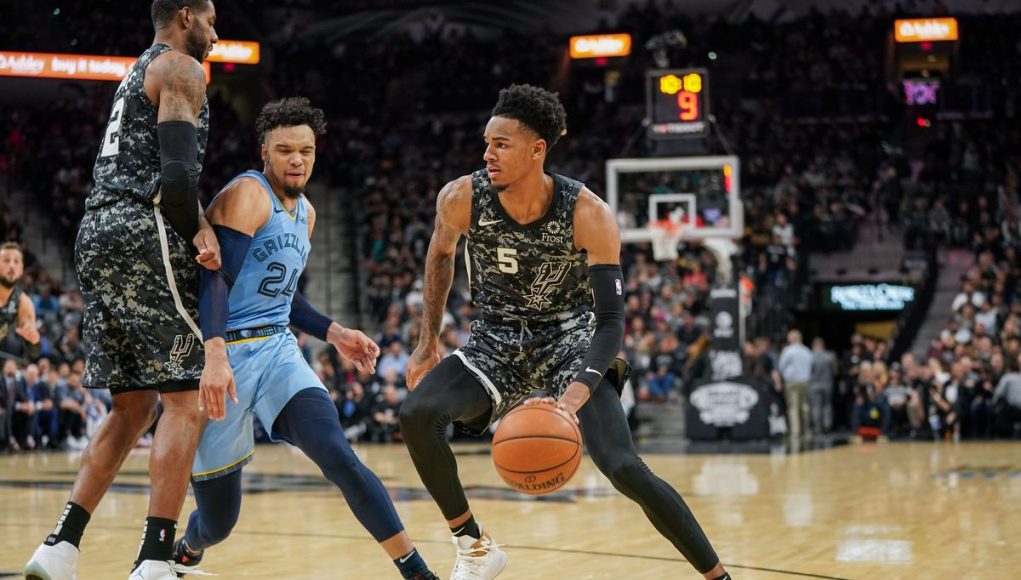 Tony Parker’s jersey retirement ceremony was spoiled as the San Antonio Spurs suffered a 113-109 loss to the Memphis Grizzlies (3-7) at the AT&T Center on Monday night.

The loss is the second straight for the Spurs, who are just 2-5 in their last seven games and will play four of their next five games on the road.

“There has to be a sense of urgency,” Spurs guard/forward DeMar DeRozan said. “It doesn’t get any easier. We can’t look for any sympathy. We understand we’re going on the road where it’s much tougher to win. We’ve got to buckle down and be ready for the challenge.”

The Spurs forward came off the bench and led his team in a big way. He shot 66 percent from the field, went 3-for-4 from three-point land, and grabbed eight rebounds. With San Antonio trailing by 16, he was aggressive in attacking the rim for boards and helping his team rally twice in the second half.

After starting off the season slow, Gay has really made an improvement over the past week. He will need to keep up this level of play with the Spurs hitting the road.

“We need a win,” Gay said. “One win to get this taste out of our mouth. It just takes one but this one is over. We can’t get it back. The more we win, the more we fight.”

The former Michigan State Spartan did his best to help his team on the night as he stayed aggressive with his shot. He kept firing and countered the Memphis offensive with a few back-to-back triples.

Forbes finished with 14 points, going 4-of-9 from three-point range. He shot 44 percent from beyond the arc and even went inside the top of the key for the midrange shot. Despite the poor streak, Forbes has been one of the few bright spots in an inconsistent San Antonio offense.

The backup guard came off the bench and had a nice game for the Spurs. He along with Gay anchored a Spurs run in the third quarter that nearly gave them a win on Tony Parker’s retirement night.

White had 15 points, three rebounds, and five assists. He did not shoot the ball well but he remained aggressive, going to the rim, pulling up for shots, and finding his teammates. After struggling to start the season, he may just not be getting into a groove.

“Derrick played a solid game,” Spurs head coach Gregg Popovich said. “He made good decisions, he was aggressive offensively and did a good job defensively. He played well.”

The Spurs are now 5-5 on the season and will return to the court on Wednesday night when they travel to face the Minnesota Timberwolves (6-4) at 7 p.m. from the Target Center.