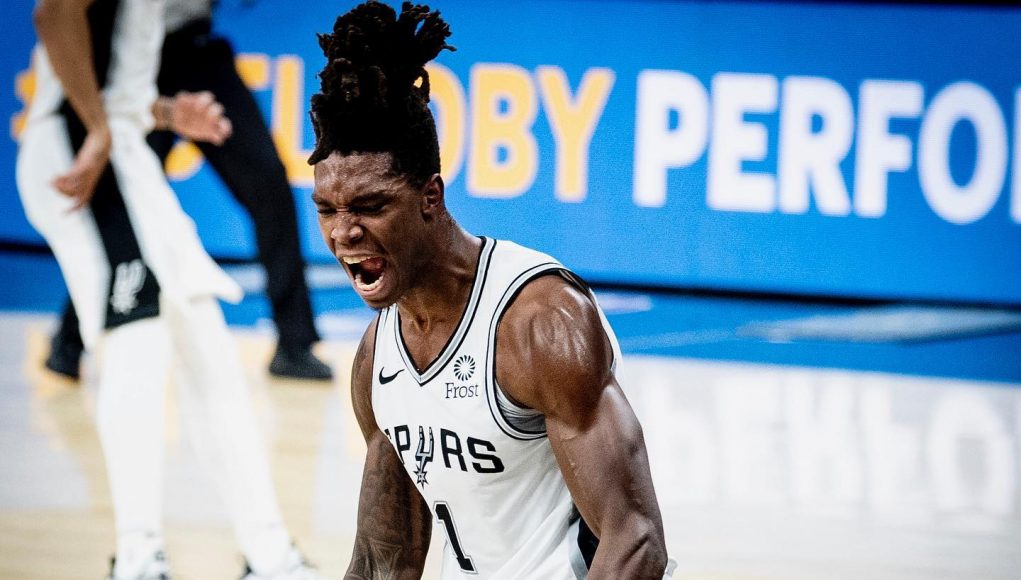 The San Antonio rallied from multiple double-digit deficits to earn a 135-133 double-overtime victory over the Houston Rockets at the AT&T Center on Tuesday night.

The win is the second in the last three games for San Antonio, who suffered a 34-point blowout loss to the Detroit Pistons on Sunday afternoon. Prior to that, they had beaten the LA Clippers at home.

“This is a team that we think we have, we’ve just got to play like this consistently and we haven’t really done that,” San Antonio Head Coach Gregg Popovich said. “So, hopefully, we’re starting to figure that out.”

DeMar DeRozan did what he does best, scoring and slashing. He had 25 points and nine assists, making 3 for 4 on free throws in the final 30 seconds.

Here are three standout players from the game:

The second-year guard hasn’t seen much court time and needed to earn his minutes. He did that and more on Tuesday night, likely making his role in Pop’s rotation a permanent one.

Walker scored a career-high 28 points, shooting 55 percent from the floor, and went 4-for-7 from three. Defensively, he played hard-nosed defense on James Harden all night long, holding the MVP to 28 percent shooting.

“It was confidence,” Walker said. “My teammates kept me going, and once I started feeling it, I’m just going to let it go and play my game. I know what I can and cannot do. I’m just happy that we played team ball and we got this win.” 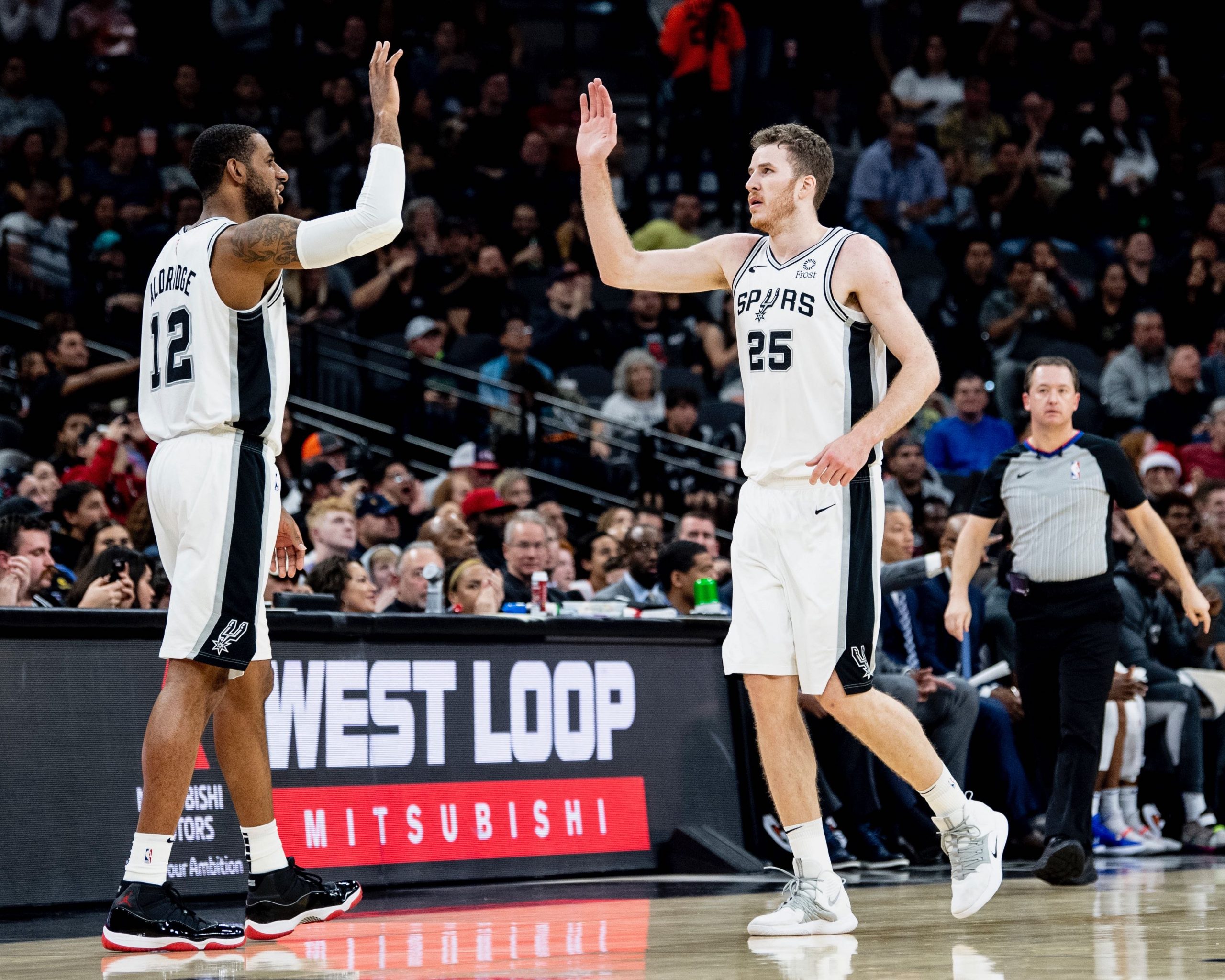 The big man has had some great outings the past few games but he saved his best performance for Tuesday night.

Poeltl had six points, a career-high 15 rebounds, five blocks, and two assists. He shot 50 percent from the floor and clogged up the paint when Russell Westbrook or Harden went to the paint. The two-headed monster of Harden and Westbrook shot a combined 18-for-58 from the floor.

The sharpshooter was on target in the win, hitting early and often from beyond the arc for his best performance of the season so far.

Forbes scored a season-high 25 points, going 5-for-6 from three-point land. When he wasn’t hitting threes, he was aggressive in driving the paint and finding his teammates for better scoring chances.