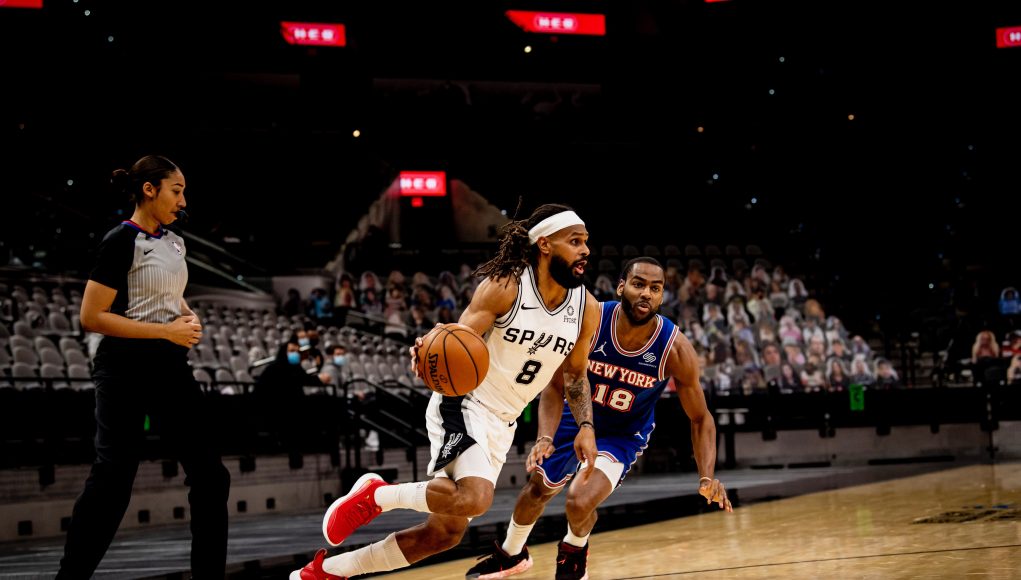 SAN ANTONIO — The San Antonio Spurs used a strong third quarter to pull away and easily defeat the New York Knicks 119-93 at the AT&T Center on Tuesday night to continue their home-stand.

The win is the seventh in the last 10 games for San Antonio, who close their homestand on Thursday night before taking a week off for the All-Star break.

After the game, Spurs Head Coach Gregg Popovich said he didn’t think the others would be back before the All-Star break.

“They are all on different schedules,” he said. “Keldon was the first one and I think the last one is going to be Devin, if I am not mistaken…But I don’t think those other guys will be back for Thursday.”

Here are the highlights from the Spurs’ win over the Knicks:

LaMarcus Aldridge missed the game on Tuesday due to a stomach illness, so that left the rest of the squad to step it up in his absence. Trey Lyles led the Silver and Black with 18 points while shooting 4-for-6 from three-point land.

The other massive takeaway from the game was seeing the confidence of Luka Samanic grow before our eyes.  Samanic came off the bench to score 14 points, connecting on 3-of-5 three-pointers while grabbing seven rebounds.

Samanic’s play caught the attention of his head coach, who praised the youngster after the game.

“More confidence, less hesitation, not worried about making a mistake and mostly catch and shoot,” he said. “You realize after you stand next to him he’s not a 6-6 kid. He’s like 6-9 or 6-10, and he has a really good touch and he’s starting to believe in that.”

The Spurs are now 18-13 on the season and will return to the court on Thursday when they welcome the Oklahoma City Thunder to the AT&T Center to close out their homestand.