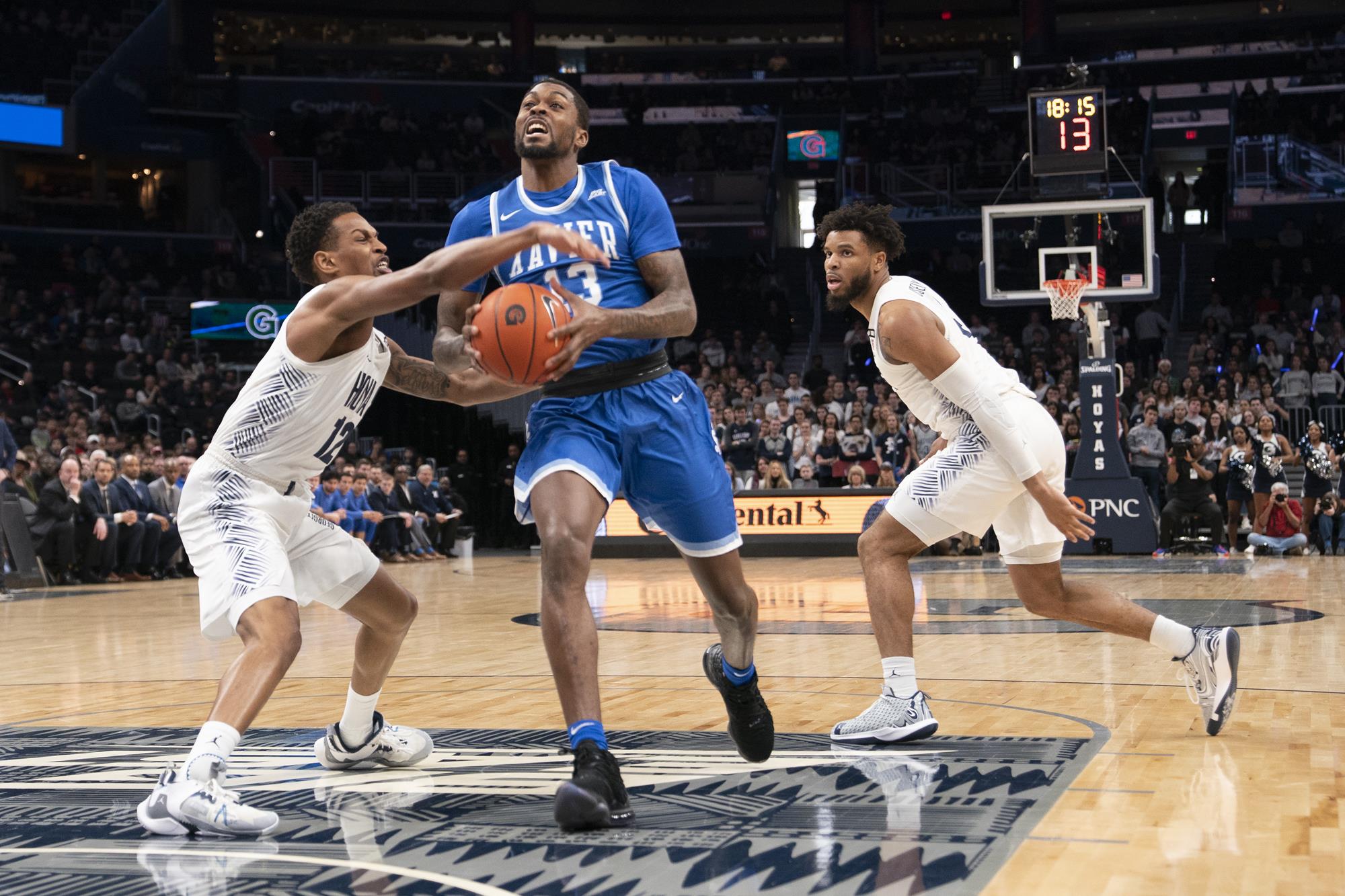 The NBA has officially crowned the Lakers as the champions of this season and that means it is time to become even more focused on the NBA Draft next month. This week’s prospect is Xavier forward Naji Marshall.

The 6-foot-7, 220-pound two-way forward stands out the most on defense as he has a plus-five wingspan and is a smart on-ball and help defender. He can create his own shot a bit on offense, but has to become a more consistent shooter. Here are some of his stats from the past season.

Marshall could defend two or three positions at the next level if he continues to work on his quickness and cuts down on some mental lapses. He is a smart defender who knows when to help off his man and he is a monster on the ball with his length and ability to recover when beaten off the dribble.

He is equally capable of a chase-down block as he is to come from the other side of the rim on a help-side block. Wingspan goes a long way and maybe more so for this young man.

The former Musketeer is not a knockdown shooter right now, but has shown the capability to be one down the road. He is incredibly comfortable getting to the mid-range and pulling up in traffic or with a defender in his face. He has a tight, if not mechanical (at times), handle that should serve him well in being a secondary playmaker. Marshall’s two go-to moves are a spin move down the side of the lane into a layup and a behind-the-back dribble into a stepback. They are effective, but they are the only two moves he uses consistently to try to create space for a shot.

Marshall is also a bit old for his class as he is already 22 years of age. That’s not to say there isn’t still room to grow, but his development curve becomes a bit steeper as he needs to show improvement much more quickly than a 19 or 20-year old prospect.

That will come with fixing his shot mechanics and making them consistent. He does not shoot it the same each time he launches a ball at the rim and that is one reason his three-point and free throw percentages aren’t very good. He is a confident shooter, if irrationally so, but could be a great second-round pick for this squad. A fun fact about him: he was the first Xavier player since David West in 2001 to record a 20-20 game when he did so in the NIT in 2019.