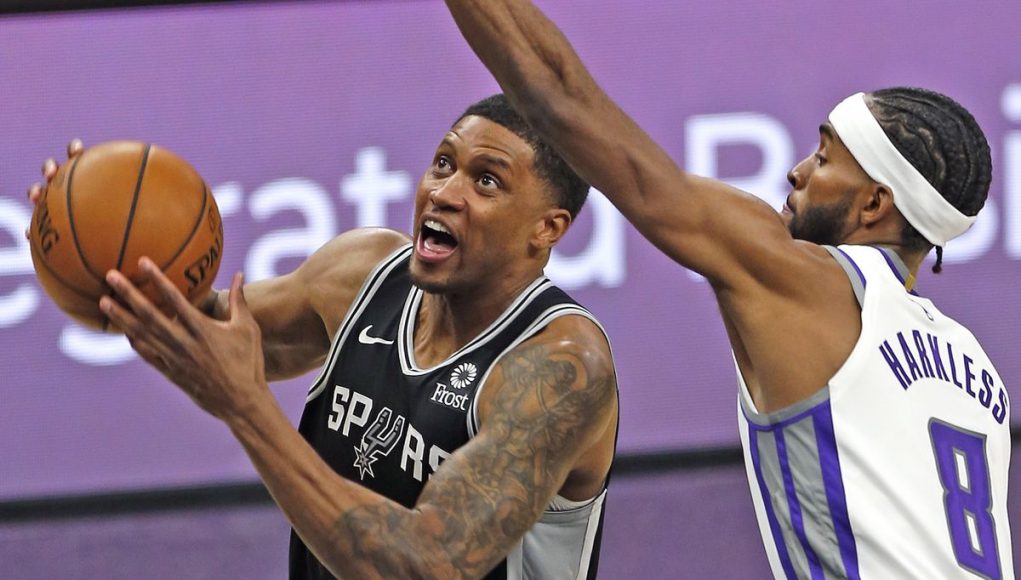 The San Antonio Spurs put an end to their offensive struggles as they defeated the Sacramento Kings 120-106 at the AT&T Center on Wednesday night.

The victory snaps Sacramento’s five-game winning streak and put an end to the Spurs’ offensive struggles that has plagued them the past few weeks.

“It was like night and day between tonight and (Monday) night,” Spurs Head Coach Gregg Popovich said. “I thought they did a really good job. They were more aggressive, more physical, and it carried over into the offense and we got a lot of good shots.”

San Antonio started the game strong leading 33-27 at the end of the first quarter. They were aggressive and efficient in their passing and taking care of the basketball. DeMar DeRozan scored 26 points to lead the way for the Spurs while Derrick White added 18 points.

Off the bench, Rudy Gay had 16 and Jakob Poeltl finished with 12 points and 14 rebounds for San Antonio, who are currently in the middle of a season-long nine game homestand.

The Spurs picked things up defensively as well, allowing Sacramento to shoot just 31 percent on 3-pointers after they hit 50 percent from distance on Monday night.

“I think we’ve created something about us, where we have been able to dig ourselves out of a hole more so than we would like,” Spurs guard Patty Mills said.

The Kings’ winning streak ended but they were led in scoring by De’Aaron Fox’s 20 points Tyrese Haliburton added 16.

San Antonio led by as many as 23 points but Sacramento used a 24-23 fourth quarter to cut into that deficit and make the final score look somewhat respectable.

The Spurs are now 24-21 on the season and will return to the court on Thursday when they face the Atlanta Hawks at 7:30 p.m.