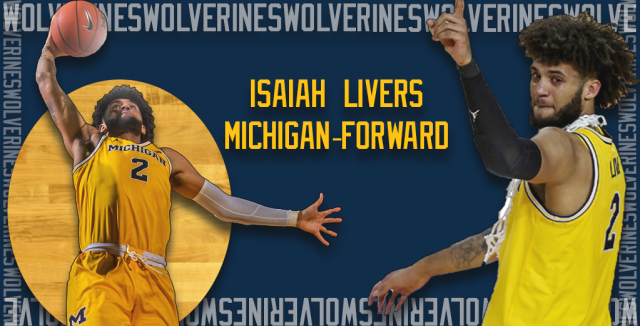 Michigan has been on an incredible run this season under coach Juwan Howard. And one of the main contributors to that success was forward Isaiah Livers, who is the latest focus of our San Antonio Spurs Prospect Watch. The 6-foot-7, 230-pound senior does a lot of things pretty well but doesn’t have one talent that outshines any other.

He is gritty, tough, and could absolutely contribute to an NBA team if he’s picked at the right spot. He should be a second-round pick and one that could come in and play fairly early. Here are his stats from this season in 23 games.

Livers is an excellent glue guy who will do just about anything you ask of him and he has been a great leader for the Wolverines in his four years in Ann Arbor. He has a great motor and is a fearless shooter when it comes down to it.

Some concerns for Livers are that he is not a superb athlete and not a particularly good rebounder for his size. He doesn’t have the speed to blow by defenders and that same foot speed keeps him from being able to stay in front of quicker guards. He can still likely guard two or three positions if he works on his foot speed down the line.

While Livers certainly struggles with certain parts of his game, he makes up for it with his intangible skills. He’s a smart player that moves well off the ball and always puts himself in a position to make a play. He has a great shot selection and doesn’t generally force passes or plays.

A team drafting Livers in the second round should be quite happy with him. He’s a great locker room guy and has the potential to contribute immediately if put in the right situation.