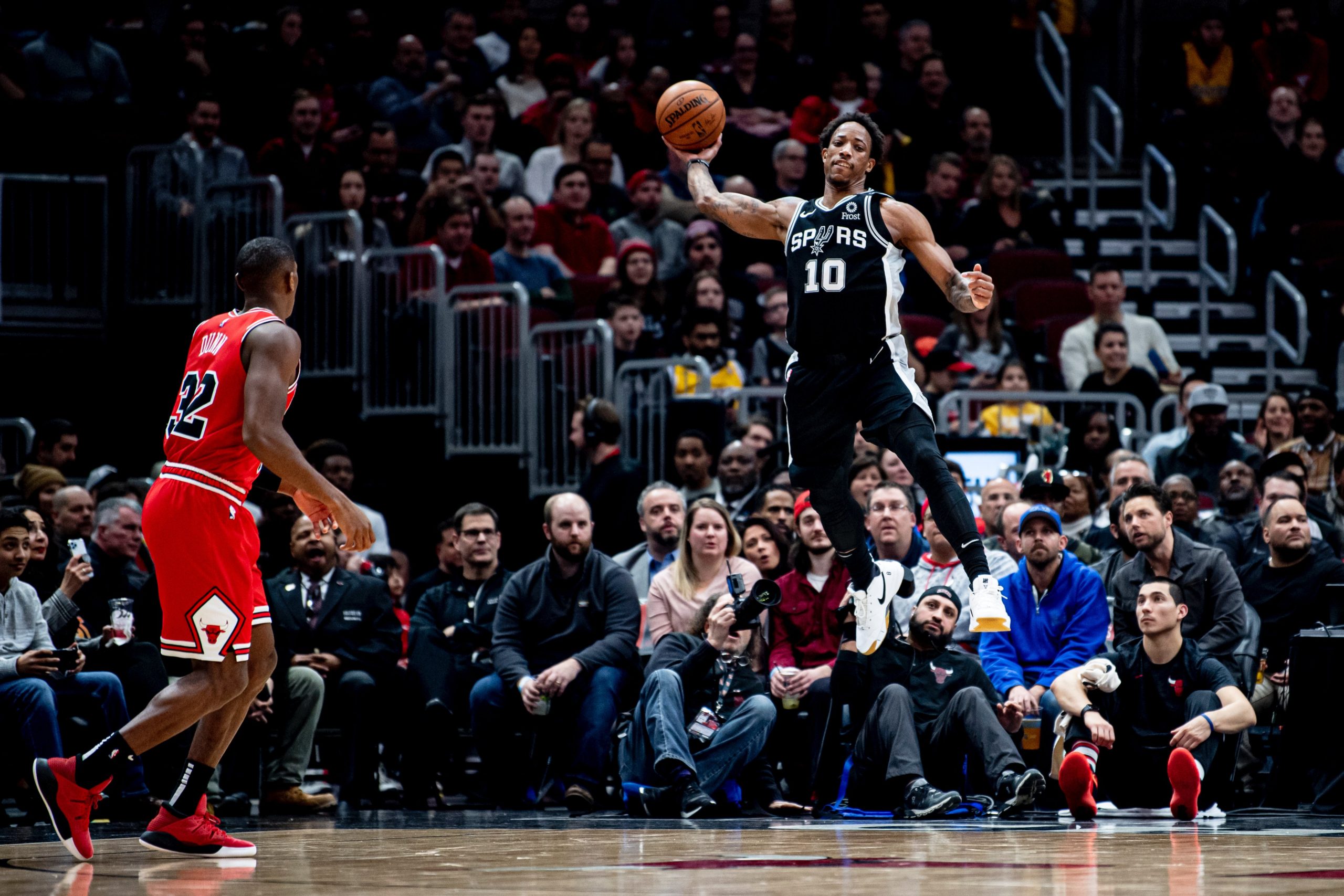 The San Antonio Spurs suffered a 110-109 loss to the Chicago Bulls (19-30) at the United Center on Monday night to see their losing streak hit three games.

DeMar DeRozan went 1-of-2 from the free-throw line in the closing seconds but could not convert the second to force overtime.

”I shot it long, it came off and I just tried to get it back up there and give it a chance to go in,” DeRozan said.

DeRozan led the Spurs 36 points and 10 rebounds while Patty Mills added 25 while hitting six 3-pointers for San Antonio, who played without LaMarcus Aldridge due to a minor thumb injury. Jakob Poeltl replaced Aldridge in the starting lineup and finished with 16 points and 13 rebounds.

San Antonio’s defense had a tough time containing Chicago’s Zach Lavine, who went off in the fourth quarter. He scored 14 of his 23 points in the final 12 minutes as he shot 50 percent in the final quarter.

“They competed harder for most of the 48 minutes,” Spurs Head Coach Gregg Popovich said. “I thought we competed for a half, maybe more than that. But not very consistent.”