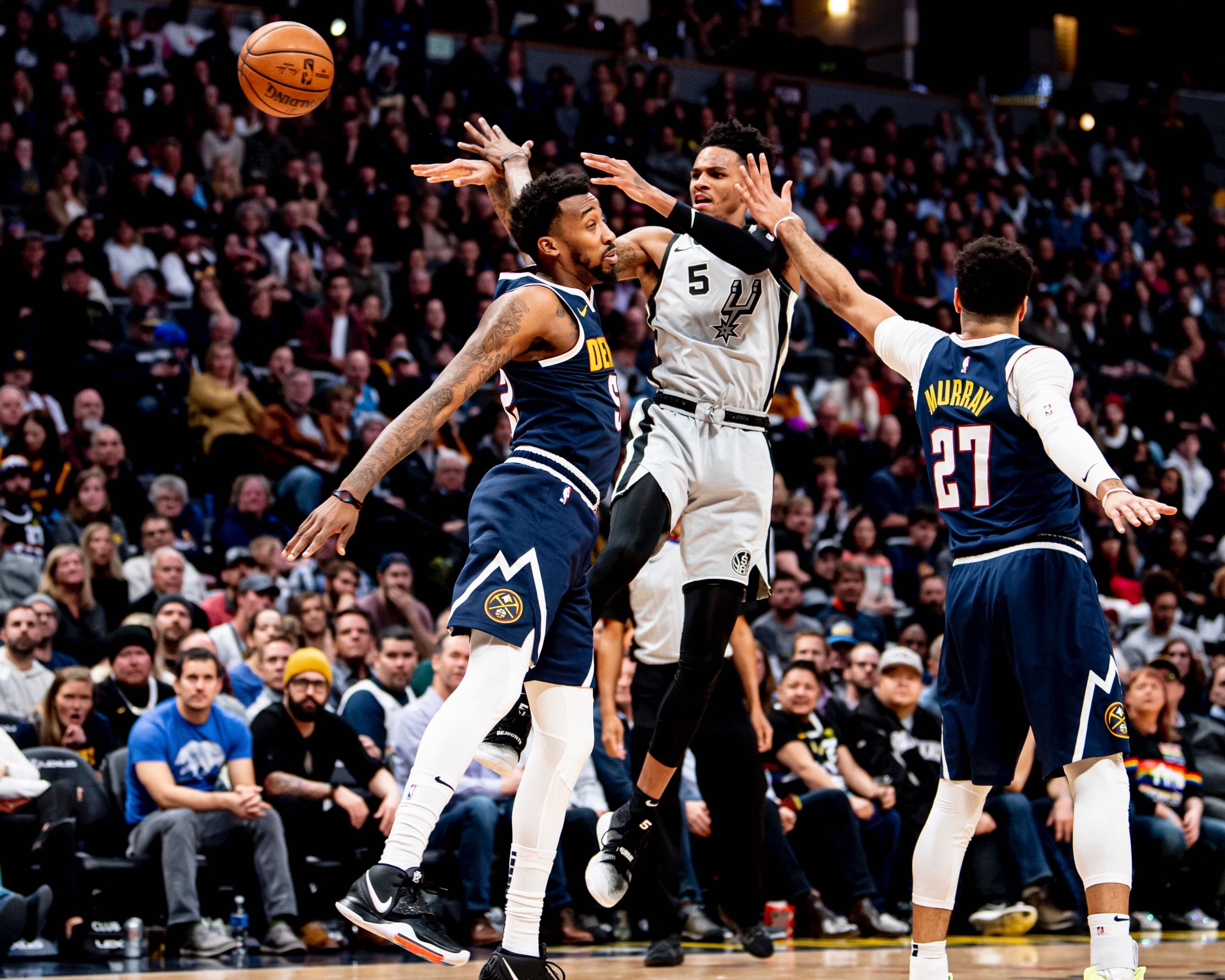 The San Antonio Spurs’ Rodeo Road Trip woes continued on Monday night as they suffered an epic collapse, blowing a 23-point lead in a 127-120 loss to the Denver Nuggets (36-18) at the Pepsi Center.

The loss is the fifth straight for San Antonio, who has three games remaining on their eight-game Rodeo Road Trip.

“Millsap, Murray, they just took over as far as shooting is concerned,” Spurs Head Coach Gregg Popovich said. “They did a great job, and they’re going to keep playing. They’re a great team, so they’re not going to stop and we just couldn’t sustain the scoring.”

DeMar DeRozan was a late scratch with back spasms. This would lead to LaMarcus Aldridge carrying the scoring load with a game-high 33 points, six rebounds, and five assists. Derrick White added 15 points, despite shooting 20 percent. Dejounte Murray and Bryn Forbes each chipped in 14 apiece.

San Antonio saw things unravel in the second half as Denver outscored them 36-26 in the third quarter, hitting four consecutive 3-pointers to cut the deficit to single digits. Jamal Murray scored 14 of his 26 points in the fourth quarter as the Nuggets had the 38-27 edge in the final 12 minutes.

Nikola Jokic had 19 points, 13 assists, and eight rebounds. Paul Millsap added 22 points off the bench for the Nuggets, who outscored the Spurs by 21 points after halftime.

The Spurs are now 22-31 on the season and will return to the court tomorrow night at 7 p.m. when they face the Oklahoma City Thunder (32-21) for their final game before the All-Star break.