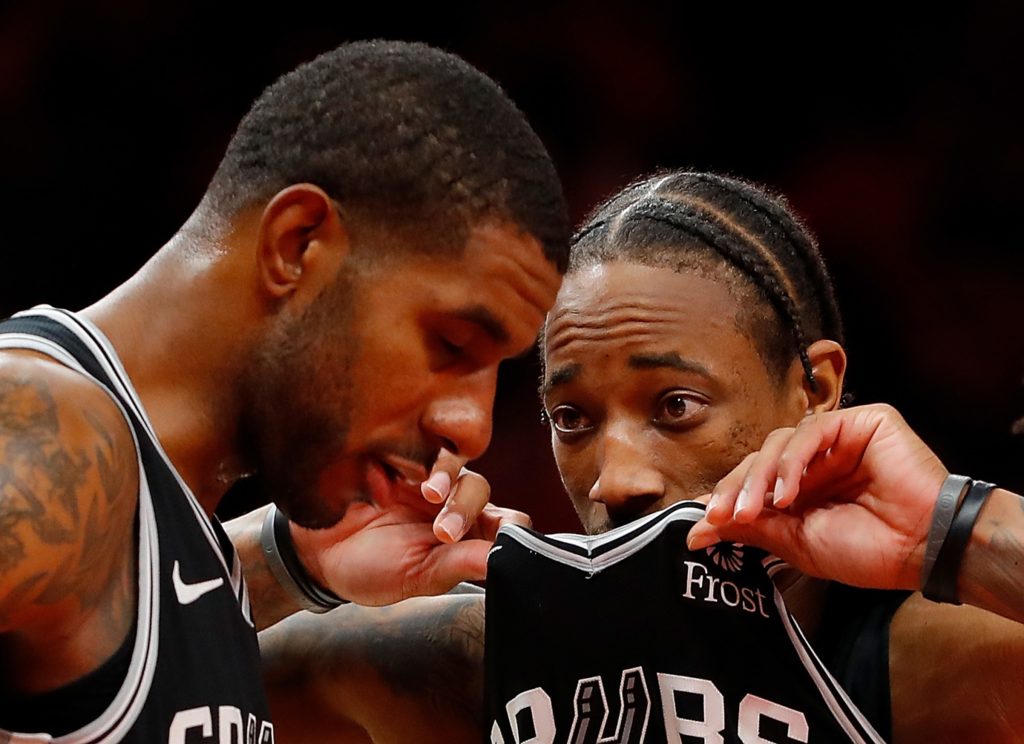 The San Antonio Spurs are known for being extremely quiet on the trade front in the Gregg Popovich era, but there are growing reasons to believe things will be different this season.

After missing the playoffs for the first time this century, there’s no question the team needs to make some changes to make it back. Team success with DeMar DeRozan and LaMarcus Aldridge as its centerpieces hasn’t been as successful as the team hoped. While nothing is set in stone, speculation has been rampant about the Spurs looking to move one or both of them.

On Wednesday morning, more fuel was added to the Spurs’ trade rumor fire, as Yahoo Sports NBA writer Keith Smith shared what he’s been hearing on Twitter. “Multiple teams have told me versions of, “Spurs are up to something. It’s rare for them, but they are talking to lots of people,” said Smith.

Multiple teams have told me versions of "Spurs are up to something. It's rare for them, but they are talking to lots of people."

This is almost unheard of when you think of how the Spurs have handled trades in the past. Even when they’ve made big signings or trades, there’s usually been very little chatter besides pure speculation leading up to them.

While it’s true that noise does usually pick up near draft time, San Antonio is rarely one of the teams mentioned. Contacting multiple teams at this point is probably something every GM in the league is doing. Still, it’s rare for a prominent member of the media to specifically call out the Spurs for their activity.

The next 10 days will be huge for the Spurs. They will have the 11th pick in the NBA Draft (unless they trade up), and free agency will start two days after that, on November 20th.

At this point, it would be a surprise if San Antonio isn’t involved in some moves very soon.