Going in to the season and even up until a week ago a lot of San Antonio Spurs fans probably thought this team was set at the point guard, 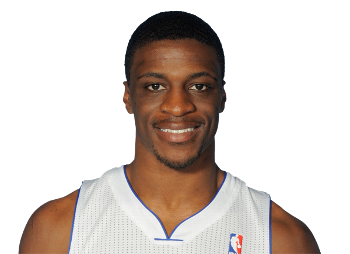 shooting guard and small forward spots.  If the rumor mill of the last 24 hours is any indication, the Spus front office does not agree with the fans’ sentiment.  Less than 24 hours after Alex Kennedy reported the Spurs were interested in Josh Howard, ESPN’s Chris Broussard is reporting the Spurs are interested in Rockets point guard Jonny Flynn (H/T to HoopsHype).

Broussard’s report was literally one line that said the Spurs were interested in Flynn, so there’s no indication what they’d be giving back.  Surely the Rockets can’t be asking for much in return for Flynn, so if it involved a second round pick or a future first round pick with conditions I’d be all for it.

The problem is Flynn is in the final year of a contract that pays him $3.4 million.  So the Spurs would have to send back close to three million dollars to acquire him. To do this you’re talking about giving up something like James Anderson, Cory Joseph and DeJuan Blair or just Matt Bonner to get Flynn.  He was a high draft pick a few years back and he has talent, but Flynn isn’t worth even giving up Bonner for, much less three young guys.

I know a lot of fans would be comfortable with another experienced point guard on the roster, but I don’t think Flynn is the answer considering what they’d likely have to give back.  Still, the Rockets do have a ton of young assets, so maybe this rumor is part of something larger.  Or maybe it’s just something the Rockets or Flynn’s agent are putting out there to try to drum up interest in a third string point guard.