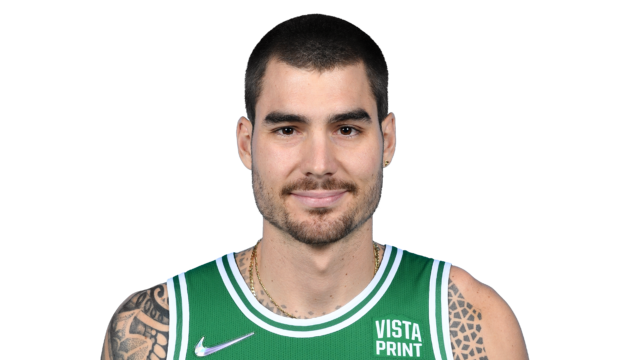 Late Tuesday evening Adrian Wojnarowksi of ESPN reported the San Antonio Spurs, Denver Nuggets, and Boston Celtics have reached an agreement on a 3-way trade that will involve the following players:

Forbes has found himself out of the rotation in the last two games and when the Spurs are healthy, his role on the roster has been inconsistent. He along with Thaddeus Young have been involved in trade rumors in the last two months.

How will this impact the Spurs’ cap sheet?

Hernangomez is earning $7 million this season, so once the Spurs acquire him, they’ll still be in a safety zone of $16.1 million below the luxury tax.

Who is Hernangomez and how will he fit on the Spurs?

Hernangomez is a 6’9″ power forward who is currently in his 6th NBA season. He was drafted in the 2016 NBA draft with the 15th pick in the first round by Denver.

He’s struggled to find his way into the Celtics’ rotation, playing in just 18 games for Boston, where he’s averaging 1.1 points and 1.4 rebounds.

For his career Hernangomez attempts 2.4 threes per game and shoots 34.6% from outside.

For his career, Hernangomez has played at the 3 and 4 position, though he’s had a few stints playing some small ball 5 according to CleaningTheGlass.com.

As far as cracking the rotation this season, that may be tough for Hernangomez. The Spurs currently start Keldon Johnson and Doug McDermott at the 3 and 4, and off the bench Devin Vassell and Keita Bates-Diop have been getting all the backup minutes. Plus, the team is on track to add Zach Collins to the lineup with him getting healthier.