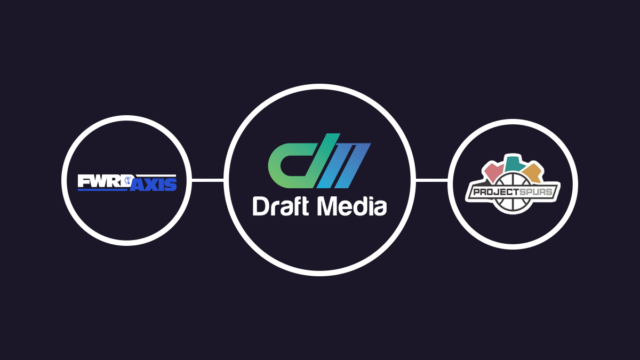 The Project Spurs Network, the largest growing news organization covering sports in Texas and around the globe, today announced a partnership with FWRD AXIS News as a part of their new parent website, Draft Media.

Both the Project Spurs Network and FWRD AXIS News will be under Draft Media, a new website that will feature content across the world of sports, entertainment, politics, and technology.

The partnership will feature the Project Spurs Network producing a podcast for FWRD AXIS that will launch in the spring. Staff will collaborate across both websites and be able to reach new viewers with content.

FWRD AXIS News was founded by David Bradford and Stephen Anderson back in November 2020 and quickly generated a loyal audience thanks to its reputable reporting on news around the world. Anderson serves as the website’s Chief Political Reporter covering the White House and U.S. Politics as well as the Lead Entertainment Reporter.

“Partnerships like these reflect across media collaborations have become a model for success across media,” Anderson said in a statement. “The Project Spurs Network is filled with journalists who understand the true meaning of journalism and reporting with honor. David and I are so excited about sharing FWRD AXIS News’ perspective and content with a new audience of readers.”

Founder, David Bradford added, “For over a year, FWRD AXIS News has grown with only a handful of people. With Draft Media, and joining forces with Project Spurs, we have the ability to cover a wide range of topics with new, fresh perspectives. I’m excited to work with Michael De Leon and his talented staff as we embark on this journey together.”

The Project Spurs Network was founded by Michael De Leon in 2004 with the flagship Project Spurs site. De Leon started The Spurscast, the first Spurs podcast, and hosted it up until 2012. Over the years, the website has become one of the fastest-growing sports organizations in Texas, covering sports across the state and expanding its reach across the globe.

“After establishing Project Spurs many years ago, I felt like there was room to really expand to other sports and leagues, so that was the goal with the network and why we launched sites like All Access MMA and Texas Redzone Report to expand and fill coverage holes,” De Leon says.

“As my partners and I on Draft Media, Shamim and Abu began to discuss plans to cover more than sports, FWRD AXIS really jumped out at me. Having Stephen on my senior staff and seeing the work he and David had accomplished in under a year was very impressive, and we knew they were the perfect partner to launch with,” De Leon said. “Journalistic integrity and doing things the right way is something we have always agreed on, so I look forward to us all working under one ‘roof’ together.”

Draft Media is dedicated to a unique multi-faceted approach that brings media publishers, advertisers, and experts in backend technology together to bridge the gap like no other has done before.