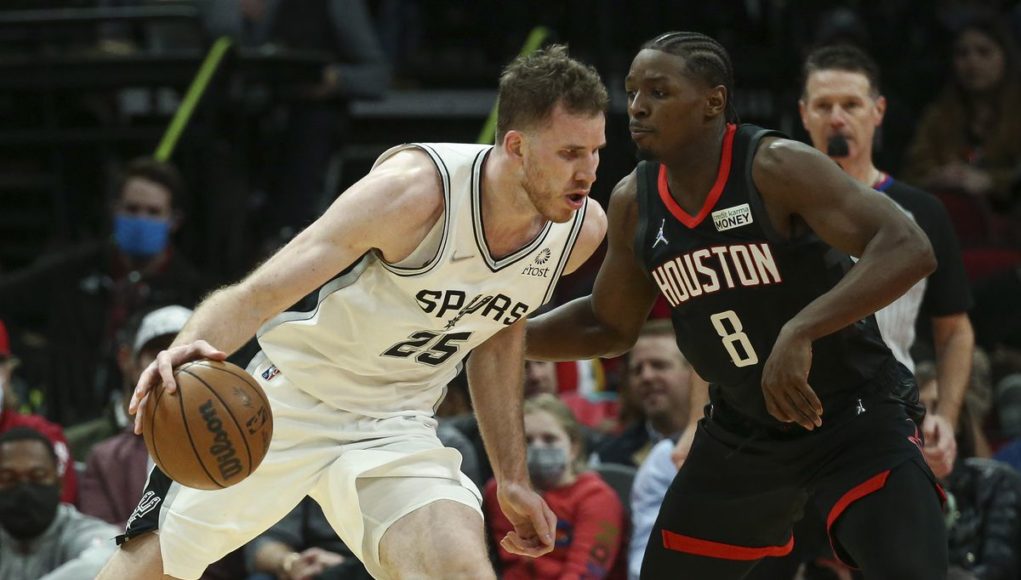 The San Antonio Spurs split a back-to-back set, defeating the Houston Rockets on the road and narrowly falling to the Memphis Grizzlies at home.

The victory is the 18th of the season, putting San Antonio Head Coach Gregg Popovich is just eight wins away from becoming the all-time winningest coach in regular-season history. He already has the most playoff wins among NBA coaches, so that would be a cherry on top of an already Hall of Fame resume.

Here is a mini recap from both games:

The San Antonio Spurs used a balanced attack in their 132-102 win on Tuesday. Dejounte Murray and Jakob Poeltl combined for 37 points in the victory with Poeltl having 18 points with nine rebounds and Murray chipping in 19 points and 10 assists.

San Antonio led by as many as 31 points, prompting Popovich to put in his reserves for the fourth quarter.

”That was a good response to a loss where we started out poorly,” Popovich said. ”Tonight we started off aggressively and played a full 48.”

San Antonio went up 15 points early on in the game and they did not squander their lead this time. Instead, they kept pushing and built their lead to 31 points, making the game so out of reach that Houston could not mount a comeback.

”We managed to find our rhythm early in the game and it really carried over for the rest of the game,” Poeltl said.

The San Antonio Spurs returned home on Wednesday and fell to the Grizzlies 118-110.

Devin Vassell had 20 points off the bench to lead the Spurs while Keldon Johnson and Jakob Poeltl added 18 points each for San Antonio while Dejounte Murray had 16 points, 11 assists, and 10 rebounds for his 10th triple-double of the season.

“We’ve said it before, he’s having a great season and really sets a tone for us,” San Antonio coach Gregg Popovich said. ”But we’ve got to have four, five, six guys playing well every night. We can’t just depend on one or two guys.”

The San Antonio Spurs are now 18-31 on the season and will return to the court on Friday when they welcome the Chicago Bulls to the AT&T Center at 7:30 p.m