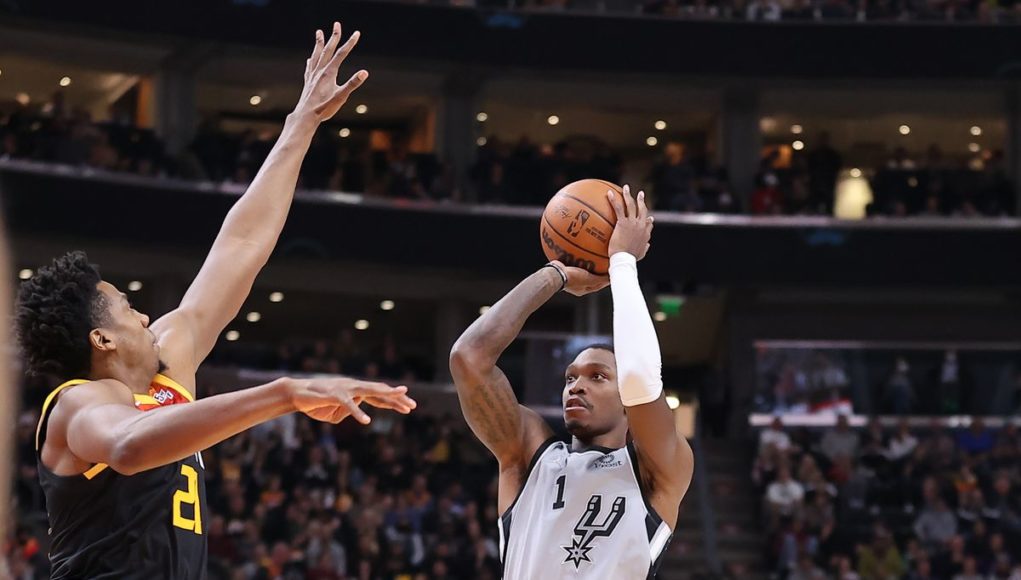 The San Antonio Spurs opened a big road stretch on Thursday night with a 128-126 come from behind win over the Utah Jazz (20-8) at Vivint Arena.

The victory snaps a losing streak for San Antonio, who opened a stretch of 10 of their next 13 games away from the friendly confines of the AT&T Center.

Here are three big points from the San Antonio Spurs’ win over Utah on Friday:

The rebuilding Spurs earned a big win over one of the top teams in the Western Conference that are tough to beat at home. Despite trailing by 17 points early, the team did not fold it in. They clawed their way back in the second half, outscoring the Jazz 41-23 in the third quarter.

Keldon Johnson scored 24 points to lead the Spurs while Derrick White added 22 points and Lonnie Walker IV chipped in 19, including the game-winning jumper with 14.9 seconds left.

”This is obviously a learning season, but I feel like we’ve got the talent and the group to be able to win games,” Murray said. ”And we’ve proven that even with the games we lost.”

Lonnie Walker IV’s game-winner gave the San Antonio Spurs its biggest road win of the season, downing a Utah team that had an 8-game winning streak coming into the contest.

This is another example of how the Spurs are growing as a young team and the combination of Murray, White, and Jakob Poeltl has proven to be a solid ‘big three’ for a San Antonio team that is going into a new era.

”The play was for Dejounte coming off a triple screen,” Walker said. ”I kind of identified it early that they were hard on him. They knew he was going to get the shot. It was just my time to do what I do.”

The San Antonio Spurs will want to keep the momentum going but it is unknown if they will play on Sunday.

The NBA and several other leagues are dealing with spikes in COVID cases amid the surge of the new Omicron variant. Several players on the Sacramento Kings, including interim coach Alvin Gentry, have entered health and safety protocol. That leaves Sunday afternoon’s game in doubt.