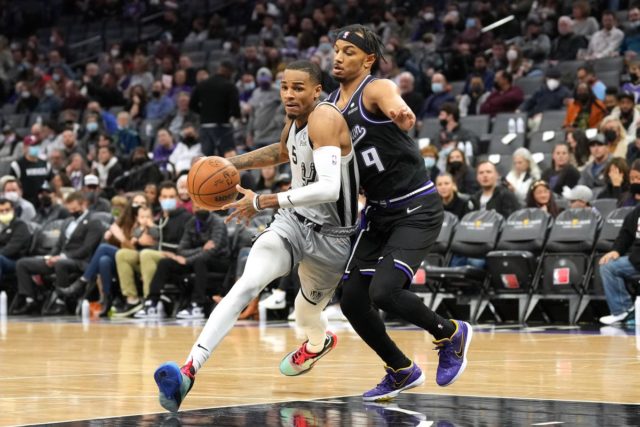 The San Antonio Spurs were doomed by inconsistent play as they suffered a 121-114 loss to the Sacramento Kings at the Golden1 Center on Sunday afternoon.

The loss for San Antonio comes after a win in Utah on Friday as they are in the midst of a road trip that will see them travel to Los Angeles for the next two games.

Here are three big points from the San Antonio Spurs’ loss to Sacramento Kings on Sunday:

The San Antonio Spurs were a step behind defensively all game long, getting outscored 37-27 in the opening quarter. Sacramento got to the rim with ease and got hot from the perimeter, taking a 15 point lead.

”Just started the game too casually,” Spurs head coach Gregg Popovich said. ”I’m don’t know if they took it for granted. I don’t know if they’re still excited about the Utah win. Who knows? But that was a disappointing loss.”

A bright spot for the San Antonio Spurs on Sunday was the play of the bench. San Antonio’s second unit outscored the Kings’ bench 53-34, playing a big part in the team’s rally in the fourth quarter.

Despite the loss, San Antonio’s bench playing consistently moving forward will help the Spurs as the calendar turns to 2022.

Dejounte Murray continues to show leadership and his growth in the 2021-22 season, coming up big against the Kings.

Murray scored 25 points to go along with nine assists and seven rebounds. He found his teammates for big buckets and stayed aggressive all night long, cutting the San Antonio deficit down to single digits late in the game.