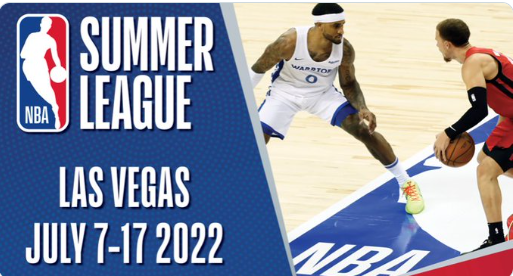 Dry your eyes and take some deep breaths Dejounte Murray and Lonnie Walker are gone and the Spurs are in rebuild mode. The spurs traded Murray and Jock Landale to the Hawks and rescinded their offer to Walker who signed with the Lakers, what do we do now? The Spurs are rebuilding the team for the next few seasons and the first glimpse of our future is in the Summer League. This year there will be some familiar faces like fan-favorite Josh Primo and restricted free agent Joe Wieskamp. All three of our first-round draft picks are on the roster as well as some undrafted talent. The Summer league is where you go to prove you deserve your spot on an NBA roster so it will be fun to see how everyone does, and we can all take bets on who the next Tim Duncan is in the making.

Players We Know And Love

Let’s face it if Josh Primo isn’t one of the top scorers in this year’s summer league Spurs Fans everywhere will be disappointed and ready to anoint whoever outshined him as the future of the team. But with 50 games under his belt averaging 5.8 and 2 rebounds per game, he’ll need to show he can lead the team. We saw hints of greatness with Primo last season. He scored 14 points in a loss to the Warriors and had 13 points and 3 rebounds win a victory over the Trail Blazers. Hopefully this summer league we’ll see more of the Primo that had the fans chanting his name.

After struggling to earn minutes last season Joe Wieskamp will be looking to show the Spurs coaching staff improvements to his game since the season ended, He’s a restricted free agent, so now is his time to shine. In addition to Wieskamp, there are two former Mississippi State players on the roster. Robert Woodard II and D.J. Stewart Jr. both are looking to prove they can be role players for the Spurs. Woodard played last season with the Kings but couldn’t find his place, so this will be his chance to show us what he’s got. Stewart needs to have a good summer league to stay in the NBA so watch for him to go all out.

Summer League Schedule And How To Watch

*Fifth game July 16th or 17th depending on earlier results

The game against the Cavs can be watched on NBA TV.

Coaches And Other Names To Watch

Returning to the summer league this year is Coach Mitch Johnson. Matt Nielsen, Darius Songaila, and Peter Bozic are some notable names on the long list of assistants and guest coaches.

2022 Draft picks Jeremy Sochan, Malaki Branham, and Blake Wesley will see action in the Summer League. Coach Johnson should have Sochan and Branham in the starting lineup, and if Wesley excels he may join the starting lineup in later games. Spurs fans should keep an eye on these young players, we may be chanting their names one day soon.

Other notable players to watch are Dominick Barlow, Jordan Hall, and Darius Days.

The Rebuild Era is upon us Spurs Fans let’s see what our new guys can do! Peace Love and as always GO SPURS GO!