Facebook
Twitter
Email
Print
AT&T CENTER – The player formerly known as Jeff Pendergraph, now Jeff Ayres, has apparently had an impressive showing in the offseason and training camp.
Coach Gregg Popovich shared his thoughts about Jeff and how he is performing for the San Antonio Spurs thus far after the Spurs preseason home loss to the Suns.
"He's really a solid player, is what he is. He has a good knowledge of what he does well and he pretty much sticks with that," said Popovich. "When 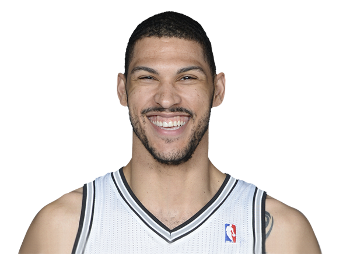 you combine that with his aggressiveness and his hustle, he's going to be a valuable player for us."
Considering Jeff's short time in silver and black, coupled with Pop not exactly being known for heaping praise on new guys, I'd say it's an achievement of some merit.
The eye test thus far tells me that Jeff seems to be picking up Spurs ball nicely. He moves well on defense, and seems confident shooting. Nearly 60 percent field-goal shooting is nice, especially when its more than just put backs.
Moreover, it is not like Ayers predecessor, DeJuan Blair, set the bar high. Blair was undersized and only earned himself less and less playing time with San Antonio. With Ayres, the Spurs now have size, a better shooter then Blair and hopefully someone who doesn't moan publicly about playing time.
Jeff has a legitimate shot at a rotation spot if he continues shooting well, increases his rebounds, and just learns the system.