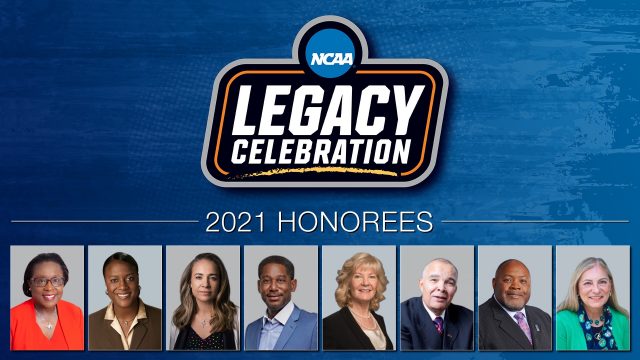 The NCAA has honored eight individuals as 2021 Legacy Award recipients and San Antonio Spurs Assistant Coach, Becky Hammon, was a part of the eight honorees.

Derrick Gragg, NCAA senior vice president of inclusion, education, and community engagement, said “these eight individuals are trailblazers, leaders, accomplished athletes, community warriors, and we celebrate them as role models and beacons of society. They have certainly enhanced the communities of San Antonio and Indianapolis, where our Final Fours are being played this year and their will and determination inspire us all.”

Since 2014, the NCAA has recognized local individuals at both the NCAA Women’s and Men’s Final Four each year with this honor to put a spotlight on their community outreach, local activism, commitment to inclusive excellence, career accomplishments, and civic involvement of former student-athletes, coaches, administrators, and community leaders.

Past recipients have been the first of their race or gender to accomplish significant achievements related to athletics and higher education, as Hammon became the first female full-time assistant coach in the NBA and is entering her seventh season with the San Antonio Spurs.

Hammon is also a member of the Colorado Sports and San Antonio Sports halls of fame and is one of the WNBA’s Top 20 Greatest and Most Influential Players in their 20-year history.

To learn more about the recipients, visit https://www.ncaa.org/about/resources/media-center/news/ncaa-recognizes-8-individuals-legacy-award-recipients.