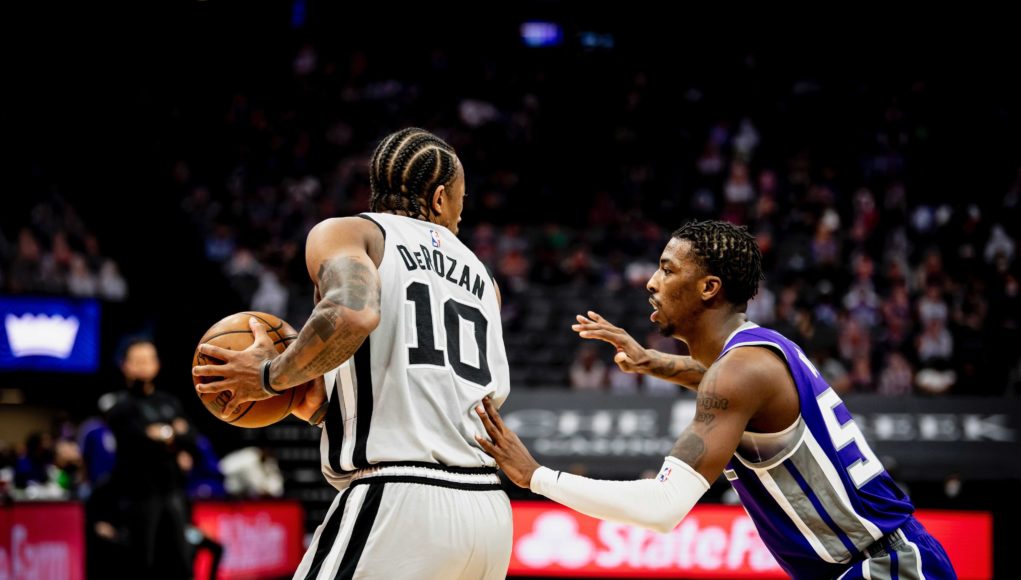 The San Antonio Spurs split a pair of games with the Sacramento Kings and Portland Trail Blazers over the weekend, while tightening their grip on a possible play-in game in the process.

In case you missed it, here’s a recap of the games:

The Spurs kicked off the weekend with a 113-104 victory over Sacramento. The victory allowed San Antonio to end a five-game losing streak and strengthen their position to clinch a spot in the play-in tournament.

DeMar DeRozan led the Spurs with 25 points while Dejounte Murray added 22 points with 10 of those coming in the final quarter. Keldon Johnson added 16 for San Antonio.

”They know very well that at both ends of it, it’s 48 minutes in a game and there’s ebbs and flows. They kept their composure and stuck with it,” Spurs Head Coach Gregg Popovich said. ”We turned it over at certain times for basically no reason but our defense sustained us. We hung in there and got it done.”

The Spurs closed the weekend by getting pounded 124-102 at the hands of the Trail Blazers on the second night of a back-to-back.

DeRozan finished with 20 points and Lonnie Walker added 18 for the Spurs, who now lead New Orleans by two games for the final playoff spot in the Western Conference.

Portland won the game and the rebounding battle 63-40 with Blazers’ Jusuf Nurkic getting nine of those.

“I got no gripes about their effort, really appreciate their hustle, but we just got to get more gang rebounding,” Popovich said. “Jakob can’t do that by himself. Nurkic is a load.”

Damian Lillard scored 30 points to lead Portland while CJ McCollum added 27 points. Nurkic had 17 points to go along with those nine rebounds for the Blazers, who have won six of their last seven games.

“We’ve had so many ups and downs, injuries, this whole COVID situation, travel, we can find every excuse in the world,” DeRozan said. “We’re still sitting here with an opportunity to find a way to continue playing.”

The Spurs are now 32-35 on the season and will return to the court on Monday night to face the Milwaukee Bucks at 7:30 p.m.