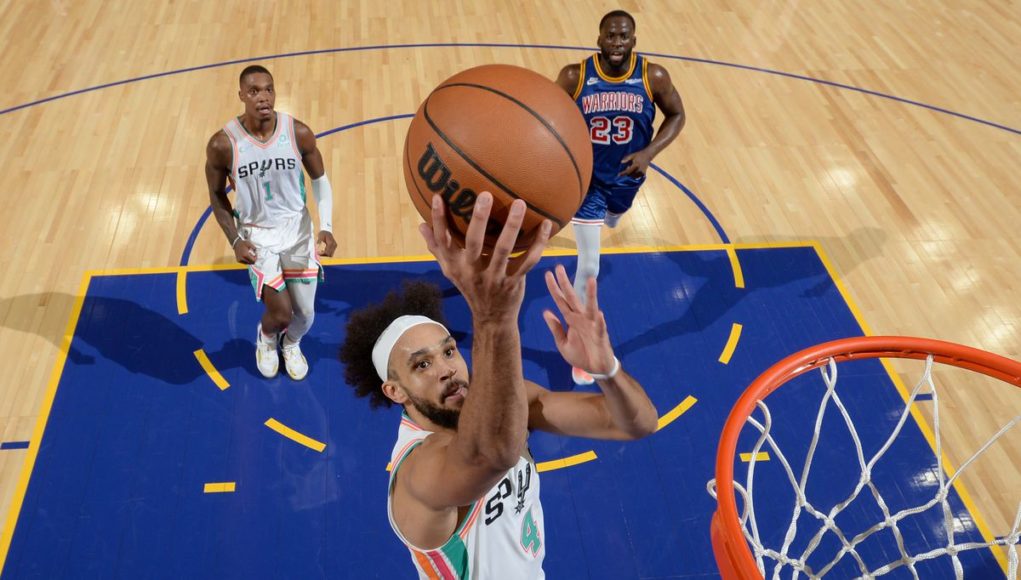 The San Antonio Spurs continued their three-game road trip on Saturday night in San Francisco, earning a 112-107 victory over the red-hot Golden State Warriors at the Chase Center.

With the win, San Antonio has won its fourth straight and four of its last five.

Here are three standout moments from the Spurs’ win over Golden State:

Turning on the gas

The Spurs continue to turn things up on the road after a less than ideal start. Over the course of their two-game road trip, the San Antonio Spurs are averaging 113 points per game and allowing just 95 points from their opponents.

A balanced attack led San Antonio as Derrick White, Dejounte Murray, and Lonnie Walker all scored over 20 points and combined for 69 of the Spurs’ 112 points. White led the Spurs with 25 points.

Defensively, the Spurs put in work on Stephen Curry, who struggled in the first half going 1-for-11. Curry would finish with 27 points on 25 percent shooting.

The Spurs led by as many as 22 points but the Warriors made a run as they have done for years. Golden State went on a 21-4 run but these young Spurs did not panic. They stuck with what was working for them and down the stretch did enough to leave California with their fourth straight win.

“We didn’t panic,” White said. “They were up three and we just answered and found a way to win. It’s not a good recipe for success. We want to keep the leads that we have, but just stay with it, compete and good things happened tonight.”

If the Spurs can continue to get good results like this moving forward, they should be able to surprise more teams in the future.

The San Antonio Spurs are now 8-13 and will return to the court on Monday when they close out their road trip against the Phoenix Suns at 9 PM.