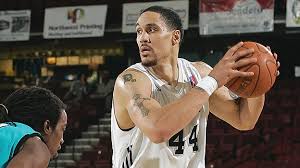 second time. San Antonio Spurs and Toros fans must have cringed when the news broke Jones would be rejoining the Suns rather than returning to Austin.

It goes without saying Jones deserves his shot in the NBA and congratulations goes out to him for this opportunity with the Suns. However, with Jones in Phoenix, this is a huge loss for the San Antonio Spurs’ developmental league affiliate.

In 48 games last year Jones averaged 17.6 points, 16 rebounds, 1.9 assists and had a player efficiency rating of +28. Besides averaging a double-double, a stat which stands out the most is the efficiency of +28. Only three NBA players had higher efficiency rating: Miami’s LeBron James and Dwayne Wade and Dallas Mavericks’ Dirk Nowitzki. Denver’s Carmelo Anthony also had the same efficiency rating. Admittedly those stats are on the highest level of basketball, the NBA, and perhaps do not compare but the numbers are still very impressive and respectable.

A couple of things that don’t show up on the stat sheet is the energy and hustle that Jones would brought to Austin. Many times Jones would be seen diving for loose balls that were flying out of bounds and hustling back on defense when a turnover would occur.

Jones was also a rebound machine. Boxing out on every single play and it showed on his stat line — 6.2 of his 16 rebounds per-game were on the offensive end.

It is going to be a difficult task for the Toros to replace Jones and the impact is going to be felt heavily in the paint. Not to mention the loss of a potential solid big man for the Spurs down the road.

With just under three months until the start of the D-League season, the Toros better get a jump start on finding a replacement if they hope to make another run at a championship next year.