Pacific Division
Golden State Warriors 47-35 (2nd 2012-2013)
Subtractions:  Jarrett Jack, Carl Landry, Richard Jefferson, Andris Biedrins, Brandon Rush
Additions:  Andre Iguodala, Jermaine O’Neal, Marreese Speights, Nemanja Nedovic, Toney Douglas, Seth Curry
The Golden State Warriors are coming off of a season that surprised a lot of people with pushing the San Antonio Spurs as hard as they could before bowing out in six games.  Many questions arose about if the outcome of the series would have been different if injuries were not the cause of the teams demise.
Big man Andrew Bogut and sharp-shooter Stephen Curry were hobbled by ankle injuries during the playoffs and could be seen as a big factor for at least the way one player played, Andrew Bogut.  Curry is an all-out player.  He gives every possession down the floor a full head of steam.  He is the leader of this team and possibly the main reason they went as far as they did in the playoffs.
During the off-season, the Warriors wanted to get better and frankly, they did so clearing away $20-million off their cap.  Fans were probably upset and puzzled by the moves in which the team did make.  Jarrett Jack, better known as a ‘Spurs Killer’ and Carl Landry left the team for deals elsewhere.  With the cap where they wanted it to be, the Warriors went out and signed a player that would help them not only on the defensive end but as well give them another threat around the rim, Andre Iguodala.  The Warriors inked Iggy to a four-year deal worth $48 million.
With a playoff team returning all five starters to their lineup and adding Iguodala to the mix, the window for this team to reach the finals is no question, right now.  If we take a closer look at the age of their starters, the back-court of Curry and Klay Thompson are 25 and 24.  The Front-court of Andrew Bogut (28) and David Lee (30) windows are closing, even though they still have a lot of game left in them both, barring injuries.
Stephen Curry is with out a doubt the leader of this team and their best offensive choice.  His ability to create his own shot and from anywhere on the floor mind-you is just ridiculous.  You just have to sit back and watch in awe when this kid shoots the ball.  Last season he made 272 three-pointers.  His percentage of 45.3 ranked him third.  He has flourished into a excellent scorer. 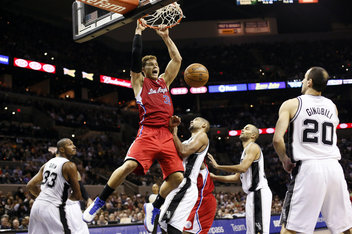 Everyone is putting the Los Angeles Clippers atop of this division but I feel that with the addition of Iggy and the starters returning from a team that went deep into the playoffs, they could possibly finish at the top.
Division Prediction:  1st
Los Angeles Clippers 56-26 (1st 2012-2013)
Subtractions:  Eric Bledsoe, Chauncey Billups, Lamar Odom, Grant Hill, Ronny Turiaf
Additions:  J.J. Redick, Jared Dudley, Darren Collison, Reggie Bullock, Byron Mullens, Antawn Jamison, Doc Rivers
One of the Clippers main goal in the off-season was to resign their point guard and best player Chris Paul, check.  They lost some players, and a coach, but brought him some that could possibly help this team for their push into the playoffs.
The Clippers are coming off of a 56-win season and have some momentum coming into the new season.  With a new head coach, Doc Rivers, coming from Boston, this team resurgence and quest to head deep into the playoffs is their number one goal.
Their starting five is one that can rank up their with the leagues best but flashy passes and alley-oops won’t get you far in the playoffs.  A city once dubbed ‘Lob City’ now looks more toward being known for their defense than anything else.
Paul is one of the leagues premier point guards in the league.  What he does on the floor and for this team is simply amazing.  He will push, slow the game down, whatever you let him do he will make you pay.  Paul is and will be the man for the Clippers.  He has to have the players around him that will finish off plays that he does so well of setting them up with.
What the Clippers are lacking I feel from their bigs is developing an outside shot.  I know, they are called big-men for a reason, to play down on the block.  My problem with them is when they are pushed away from the block there is no aggression for them to put up a jumper.  They could be a deadly team if they could hit jumps when being pushed out.
With the additions the Clippers made in the offseason, they have serious depth and a coach that will know how to utilize each and every player.  Chris Paul and Blake Griffin are this teams one-two punch.  Don’t sleep on DeAndre Jordan.  He, along with Griffin, are probably the most athletic big men in the league and the way they play night in and night out proves this.
Powerful offensive team that the Clippers do have but the question that could be concerning is defense.  Will this team be able to play hard-nosed defense against other elite teams in the league, looking at you Griffin and Jordan.
Division Prediction:  2nd
Los Angeles Lakers 45-37 (3rd 2012-2013)

Subtractions:  Dwight Howard, Metta World Peace, Earl Clark, Antwan Jamison, Chris Duhon, Darius Morris, Andrew Goudelock
Additions:  Ryan Kelly, Nick Young, Jordan Farmar, Wesley Johnson, Chris Kaman, Ellias Harris, Xavier Henry, Marcus Landry
A team last season that many would of thought would make their way into the NBA Finals as they had what many consider the best center in the league in Dwight Howard on their team.  We all know how that relationship ended up.
This offseason, when many are having positive outcomes on their quests of making their teams better, the Lakers still sit and await their MVP Kobe Bryant to get better from his Achilles injury.  Outside of Bryant, Steve Nash and Pau Gasol are still with the team and their games are taking a downward spiral so to speak.
The Lakers did bring on some young talent to their team but would this be enough for them to get back to their winning ways?  Howard is gone so that piece of work they will not have to worry about so they should be able to rebound, right?  Nash will have to in my eyes have a tremendous year, possibly one he had when he was in Phoenix.  He is the teams quarterback if you will.  It starts with him.  He can still do things on the court that will help the Lakers.
Do they have the proper pieces in place though to make some noise in the division?  Right now, they are dubbed as ‘the other LA team’.
Division Prediction:  3rd
Phoenix Suns 25-57 (5th 2012-2013)
Subtractions:  Wesley Johnson, Jared Dudley, Hamed Haddadi, Jermaine O’Neal, Luis Scola, Michael Beasley
Additions:  Eric Bledsoe, Archie Goodwin, Gerald Green, Viacheslav Kravtsov, Malcolm Lee, Alex Len, Ish Smith, Alex Oriakhi, Miles Plumlee
There really is not much to say about a team that won just 25 games a year ago.  The Phoenix Suns enter the season with a new head coach (Jeff Hornacek), new general manager and a roster that has many of new faces.
I am not going to sit here and bash the Suns because what they have set on their roster right now is a young core that has skill.  Eric Bledsoe was brought in during the offseason and for the Phoenix Suns fans, he will be a treat for them to watch as he is still a young player and has a lot of potential.
No question what is in front of this team and that is a lot of losing and more rebuilding.
Division Prediction:  5th 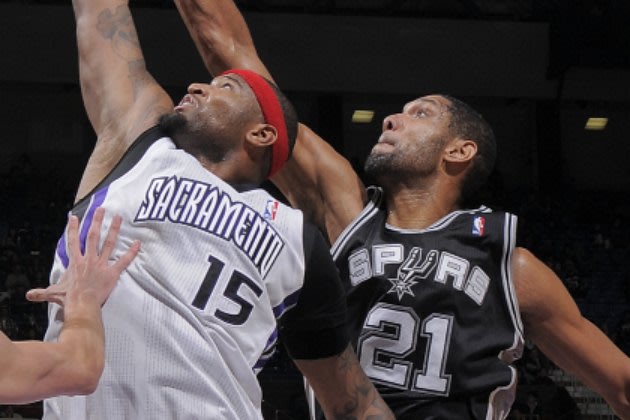 Sacramento Kings 28-54 (4th 2012-2013)
Subtractions: Tyreke Evans, Cole Aldrich, James Johnson, Toney Douglas
Additions: Greivis Vasquez, Luc Mbah a Moute, Carl Landry, Ben McLemore, Ray McCallum
Tyreke Evans departed via a sign and trade with New Orleans and that left DeMarcus Cousins as the clear path that this team is looking toward and hoping to build around.  With the sign and trade with the Pelicans, the Kings in return nabbed point guard Greivis Vasquez.  They also went out and signed free agent power forward Carl Landry to a four-year $26 million deal.
This team is loaded with guards.  It will be a wonder of how the staff will be able to sort out the playing time for all.  Isaiah Thomas, Jimmer Fredette, Ben McLemore and Marcus Thornton will all be looking for some playing time this season.
This will be the third consecutive year that the Sacramento Kings will be starting the season with a new head coach.  They believe in what Mike Malone can bring to the team.
DeMarcus Cousins comes in this season as the teams offensive centerpiece.  At just 23, his maturity has been tested during the times of losing seasons.  With the additions of Vasquez, this should help Cousins down on the block more with his efficiency as last season he relied a lot on his outside shot.
One area the team needs work on is at the defensive end.  This was apparent as they came in ranked 29th in the league.  Despite the size they had down low, defensive rebound percentage lacked as well, they finished 30th.
Division Prediction:  4th