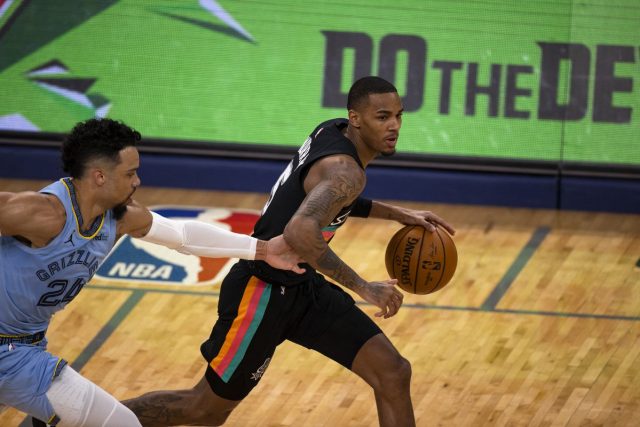 The San Antonio Spurs returned to the court to tip off the shortened 72-game 2020-21 season on Wednesday night with a new-look squad and brand new fiyah fiesta-themed jerseys.

The result? A fast-paced group that took an early 12-point deficit into an 18-point lead and a win to open the brand new season as seven Spurs finished in double figures.

Memphis did their best to hang in with the Spurs. Ja Morant poured in a career-high 44 points on 18-27 shooting while Dillon Brooks chipped in 16 for the hometown Grizzlies.

San Antonio got a solid night off the bench from Patty Mills and Rudy Gay, who combined for 23 points from the second unit. 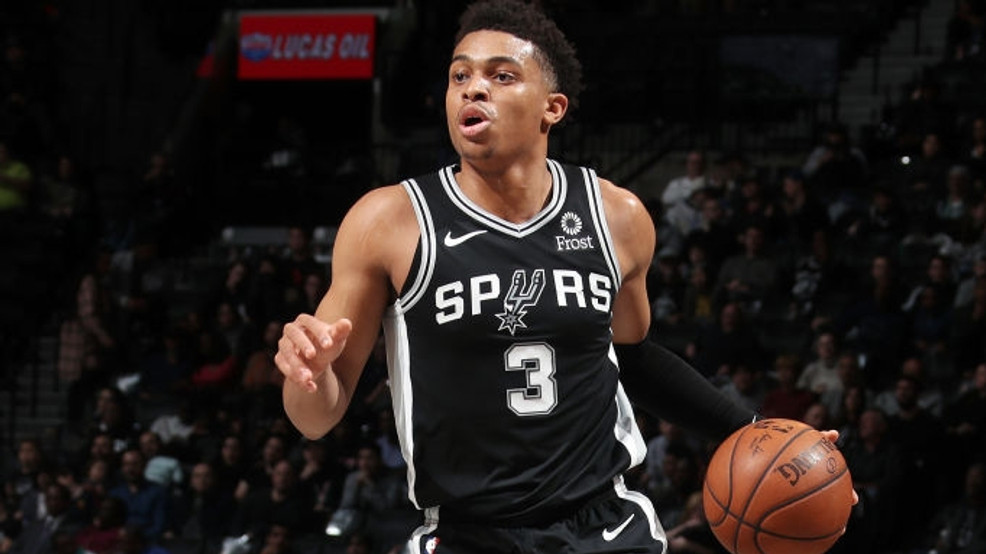 The second-year guard got his first start outside the bubble and he did not disappoint. He put the Spurs on the scoreboard as he nailed a triple for their first points of the new season. That seemed to set the tone for Johnson on the night as he remained aggressive all evening long.

Johnson finished with 16 points, five rebounds, five assists, and three steals on the night. His decision making was on full display as he kept attacking the rim and proved why his nickname is “big body”, showing no fear going up against Memphis’ bigs.

“He did well, he drove the ball well,” Popovich said of Johnson. “After watching him in Orlando, what we saw tonight is really his game.”

Johnson is clearly a massive part of the Spurs’ future and if the Silver and Black are going to get back into the postseason, he will be a big reason why. 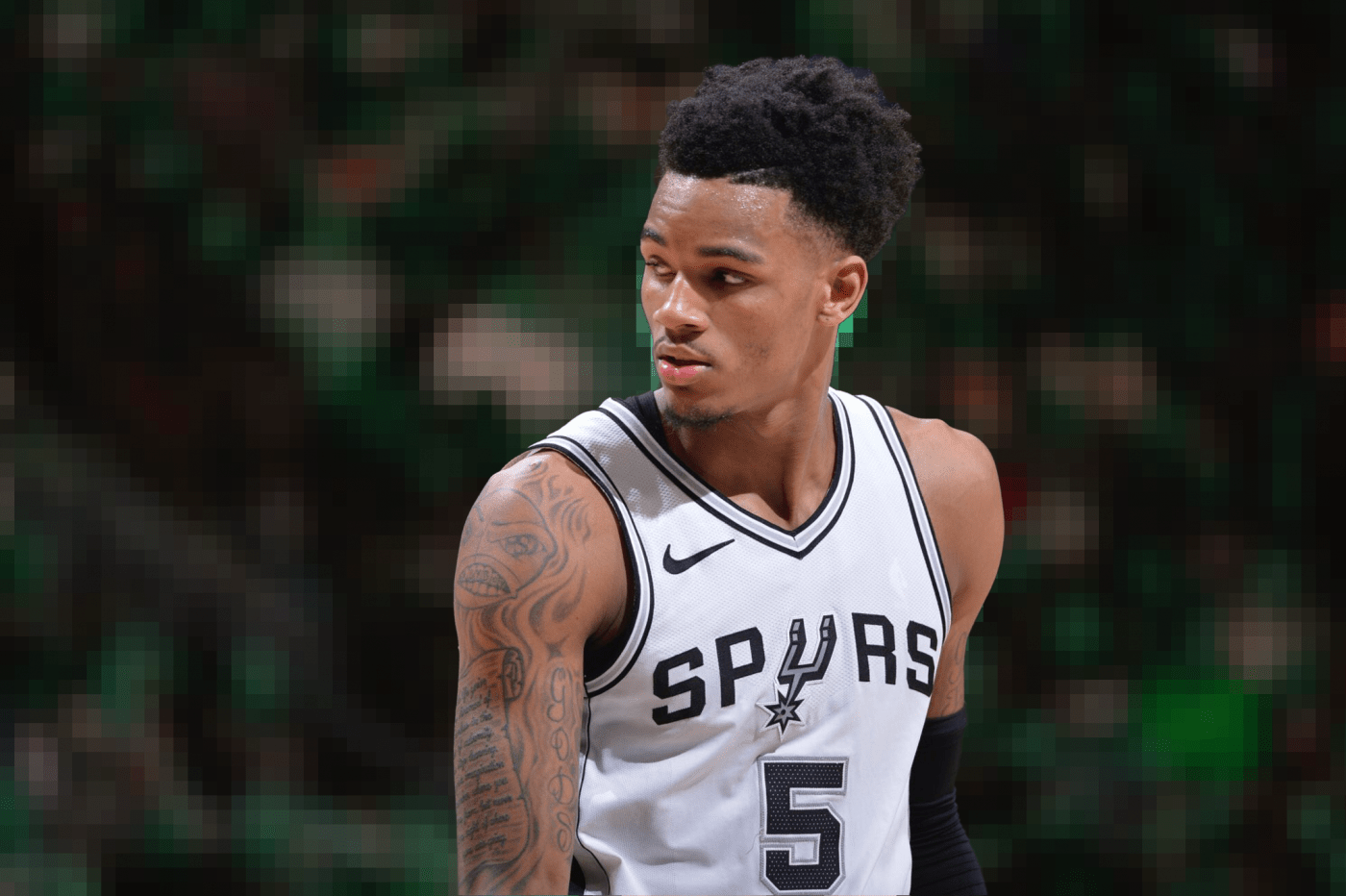 The Spurs point guard proved just how far he has come since recovering from his torn ACL and how high of a level he can perform when everything checks out. Murray was solid from the opening tip-off, being aggressive, attacking, and sharing the basketball.

Murray finished with 21 points, nine assists, six rebounds, and two steals on the night. His fast pace led the way for the Spurs to get out on the run and he found Walker IV and Patty Mills for easy buckets at the rim and made life much easier for DeMar DeRozan on the offensive end. 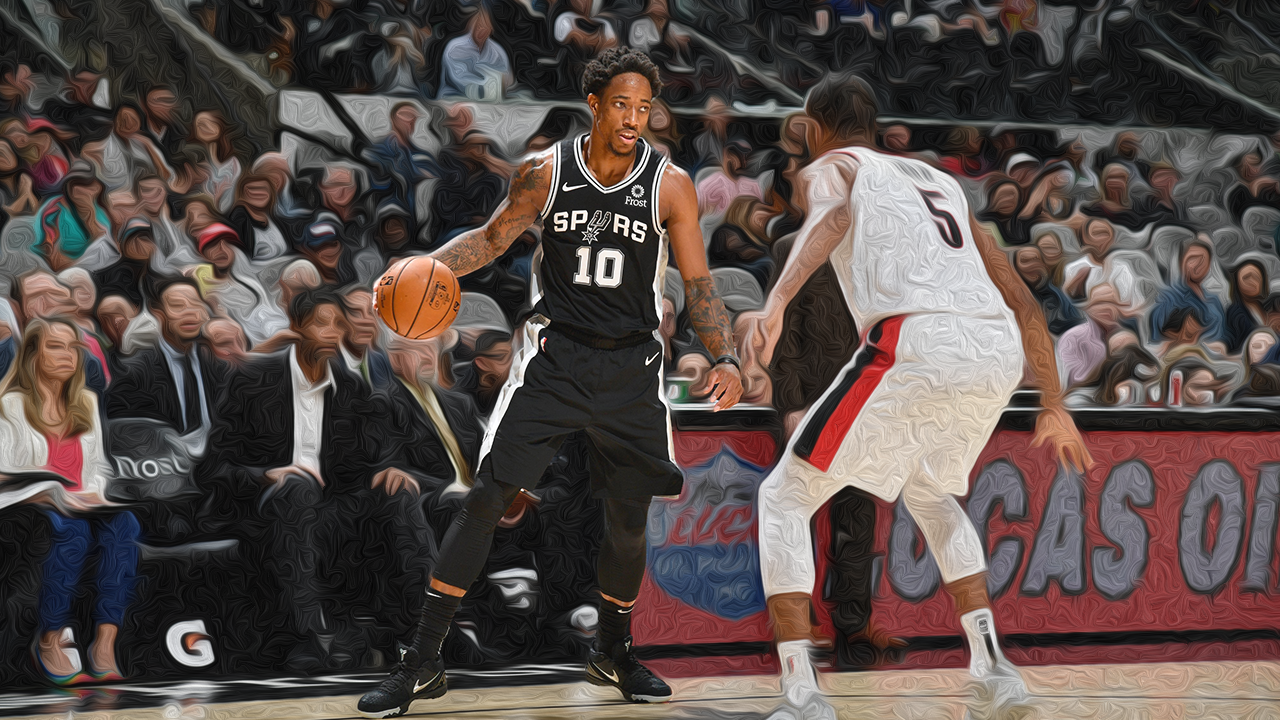 The Spurs were led by the guy who led them in scoring last season, DeMar DeRozan. He had a much easier night on the offensive end thanks to Johnson, Walker IV, and Murray’s play. Nonetheless, he poured in the points and helped the Spurs capture win number one of the young season.

DeRozan finished with 28 points on 50 percent shooting from the floor. He added nine rebounds, nine assists, and a steal to his stat line as he found guys for key buckets and knew when to call his own number, getting to the foul line 15 times on the night.

It may be one game but the Spurs showed on Wednesday night what type of team they can be this season and if they stay healthy, they may surprise some people both locally and on a national level.

The Spurs will return home to face the Toronto Raptors at 7:30 p.m. on Saturday night at the AT&T Center.