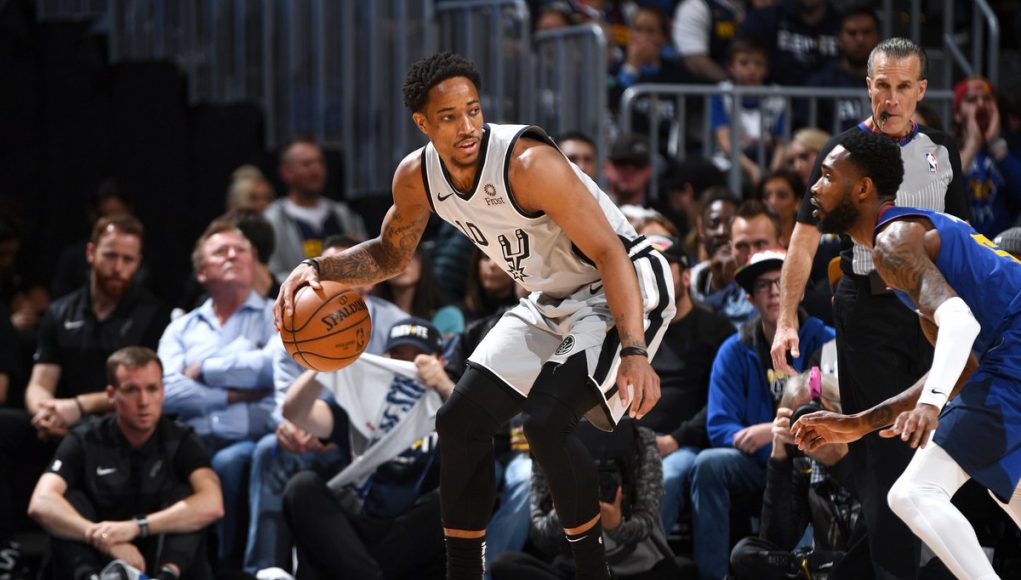 Bryn Forbes and Derrick White had heard the talk from critics wondering about how they will handle the pressure of the postseason.

On Saturday night, the duo put all those questions to rest.

Forbes and White combined for 31 points as they led the San Antonio Spurs to a 101-96 victory over the Denver Nuggets in Game 1 of their first-round playoff series at the Pepsi Center on Saturday night.

“He was spectacular,” Spurs head coach Gregg Popovich said of White. “For someone who got put into that position and learn that position is really remarkable. Hopefully, he’ll continue to play that way because it will be a long series.”

Here is what went good and bad for the Spurs, as well as three standout players: White, Forbes, and DeMar DeRozan.

The Colorado native returned home and delivered a solid performance in his first ever playoff start in his young career.

White finished with 17 points on 70 percent shooting to go along with three rebounds and five assists. He hit big shots and had one explosive dunk over Paul Millsap that sent social media into a frenzy.

He had the game-sealing steal as he picked off a Jamal Murray dribble and hit two clutch free throws to give the Spurs a five-point lead.

“They didn’t shoot the ball well,” White said. “We’re going to learn from this and build off of this and get ready for Game 2.”

The former Michigan State Spartan proved he is ready for the playoff spotlight as he helped carry the Spurs to a huge Game 1 win.

Forbes finished with 15 points and connected on 3-of-4 shots from three-point range. He was aggressive on the offensive end as he pulled up from the perimeter and hit floaters in the lane.

“He’s been huge all year,” White said of Forbes’ play. “He hit big shots, competed defensively. It’s just what he does.”

DeRozan struggled to shoot the ball on Saturday night but he still led the team in points and helped clinch the Spurs win.

He finished with 18 points, 12 rebounds, and eight assists in the win. DeRozan turned the ball over in the fourth quarter but made up for it with a big shot from the free throw line to put the Spurs up six with 2:32 left to play.

“Our coaching staff do a hell of a job,” DeRozan said. “If you make a mistake, don’t let that get you down and focus on the next play. Make up for that mistake by doing something great on the next play. Tonight that came into play and we just kept playing.”

The Spurs led the best-of-seven series 1-0 and will return to the court on Tuesday night to face the Nuggets in Game 2 at 8 pm Central Time from the Pepsi Center.