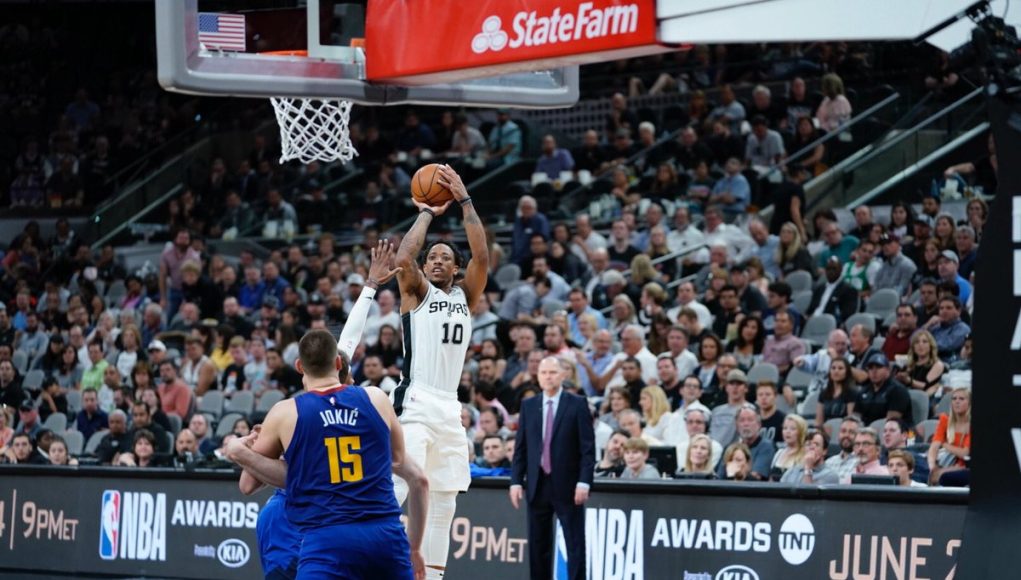 SAN ANTONIO – The San Antonio Spurs’ bench has been in a rut the last few games and they picked a great time to snap out of it.

The second unit provided a much-needed spark as the Spurs earned a 120-103 victory over the Denver Nuggets in Game 6 of their Western Conference first-round playoff series.

The win forces a winner take all Game 7 for the right to play the Portland Trail Blazers in the Western Conference Semifinals.

“A lot of people came and had good games,” Spurs head coach Gregg Popovich said. “The Nuggets have had that regularly, so it was nice to see.”

Here is what went good and bad for the Spurs, as well as three standout players: LaMarcus Aldridge, DeMar DeRozan, and Rudy Gay.

The Spurs forward said the team needed to be ready to go to war in Game 6 and he would be the one who led them into the battlefield.

Aldridge finished with 26 points and 10 rebounds, shooting 55 percent from the floor. He went toe to toe with Denver’s Nikola Jokic and he was up for the challenge from the opening tip.

“That’s old school basketball,” Aldridge said. “It’s fun for me. He is a very talented guy, he is going to make plays and I’m going to my job also.”

The Spurs’ leading scorer helped Aldridge carry the load as he turned things on in the fourth quarter to ensure the Spurs would get on a flight to Denver.

DeRozan scored 25 points and shot 75 percent from the field, missing just four shots. He added seven rebounds and seven assists as he scored eight straight points in the fourth quarter to help the Spurs get a 20 point lead.

After three straight games of being in a slump, Rudy Gay finally broke out of it when his team needed it the most.

Gay had his best game of the playoffs, scoring 19 points off the bench. He connected on two three’s, slashed his way into the paint, and remained aggressive all night long. Gay’s performance ignited the San Antonio bench as they outscored Denver’s second unit.

“It has been a tough series for me,” Gay said. “It’s all good though. I had a couple go in and it went well for me. I’m just trying to stay aggressive and help the team win.”

The best-of-seven series is even at three games apiece and the Spurs will return to the court on Saturday night for Game 7 at 9 pm Central Time from the Pepsi Center to advance to the second round.