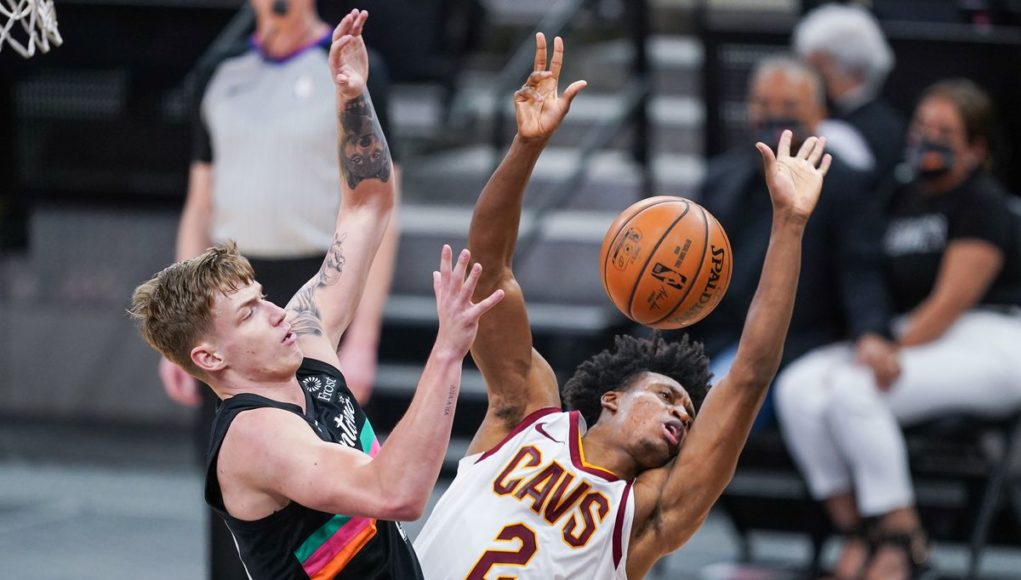 SAN ANTONIO — The San Antonio Spurs closed out their franchise long nine-game homestand with a 125-101 loss to the Cleveland Cavaliers on Monday night at the AT&T Center.

The defeat is the third straight loss for the Spurs, who have lost eight of their last ten games overall.

Darius Garland scored a career-high 37 points to lead Cleveland. Collin Sexton added 22 points while Isaiah Hartenstein scored a season-high 16 points for the Cavaliers, who snapped a five-game losing streak with the victory.

The Spurs’ struggles continued on both ends of the court as they were outscored 43-33 in the third quarter as Cleveland built their lead to 32 points. DeMar DeRozan did his best to keep his team in it, scoring 25 points. Rudy Gay, Derrick White and Keldon Johnson each had 13 points but it would not be enough for a win.

“We had a motivated team come in and we got steamrolled,” Gay said. “It happens sometimes in the league. Hope it doesn’t carry over.”

The Spurs are now 24-24 on the season and will return to the court on Wednesday night to face the Denver Nuggets at 8 p.m.