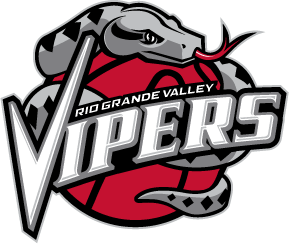 As the Austin Toros get ready to launch their first season in their new home at Cedar Park Center, the question is posed, “Who will be the team to beat this year?” For the Toros, they do not need to look any further than their last opponent, the NBA D-League defending champions, the Rio Grande Valley Vipers.

The Vipers, who are the affiliate of the NBA’s Houston Rockets, are ramping up for the 2010-2011 season both on and off the court and look to be a formidable opponent for the Toros once again. Last season the Vipers had a league record 10 call-ups. Although the NBA ransacked the team for their talent, the Vipers still managed to churn out the wins – 34 regular season games, a Western Conference title and finally, the league championship.

The Vipers sent four alumni to training camp with the Houston Rockets this summer – Antonio Anderson, Jermaine Taylor, Aaron Brooks, and Mike Harris. Taylor and Brooks both earned roster spots with the Rockets, but Anderson and Harris could be back with the Vipers for this season. Both Kenny Hasbrouk and Mickell Gladness tried out with the Miami Heat this year, but were also cut from camp. In the most recent edition of “In the Viper’s Nest,” Vipers coach Chris Finch confirmed that the team had been in touch with Hasbrouk and he has expressed interest in returning for the 2010-2011 season.

During the podcast, Coach Finch also mentioned that the Vipers have spoken with several players who might be returning to the USA from Europe. Coach Finch’s approach to the Vipers is to strengthen the level of play from every individual so that they might be able to take the next step in their professional career, whether it be overseas or in the NBA.

Finch also describes himself as a “straight shooter,” someone who gives his players a realistic vision of their future in the sport and helps them to attain those goals. This history of grooming athletes for the NBA has given the Vipers a very strong team, no matter what names are on the roster.