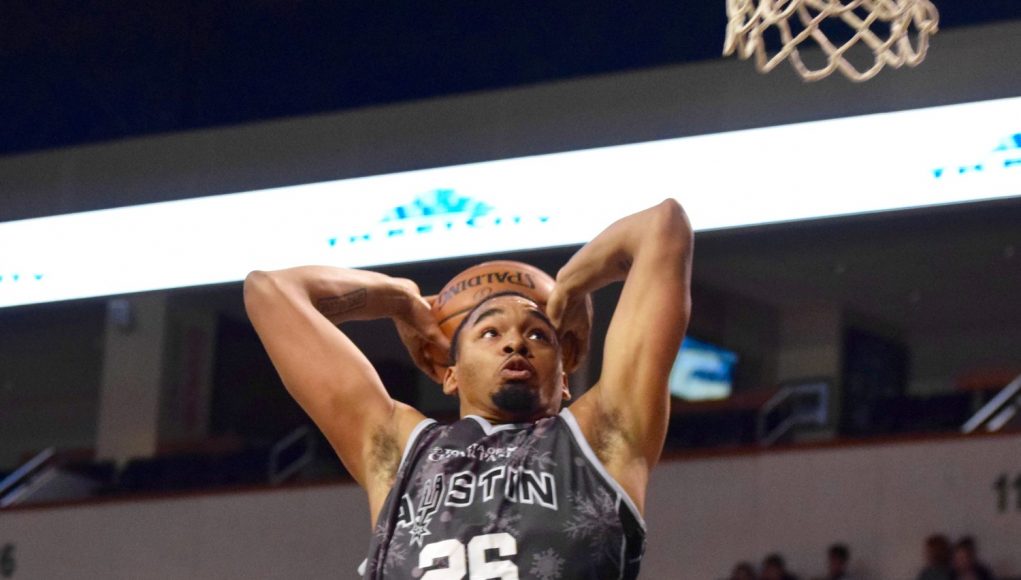 According to Jabari Young of The Athletic, the San Antonio Spurs will not extend a qualifying offer to Ben Moore, making him an unrestricted free agent.

Young also reports that Moore will head to Utah and Las Vegas for NBA Summer League unless he is signed by another team, adding he’s already drawing other team’s interest. Moore split his time between the Austin Spurs and San Antonio Spurs last season.

Meanwhile, Young also reported the Spurs will sign rookie Quinndary Weatherspoon to a two-way contract. The 22-year-old was selected with the Spurs’ 49th pick in the second round of the 2019 NBA Draft.

Weatherspoon averaged 18.5 points per game and shot 51 percent from the field during his final season at Mississippi State in the 2018-19 season.