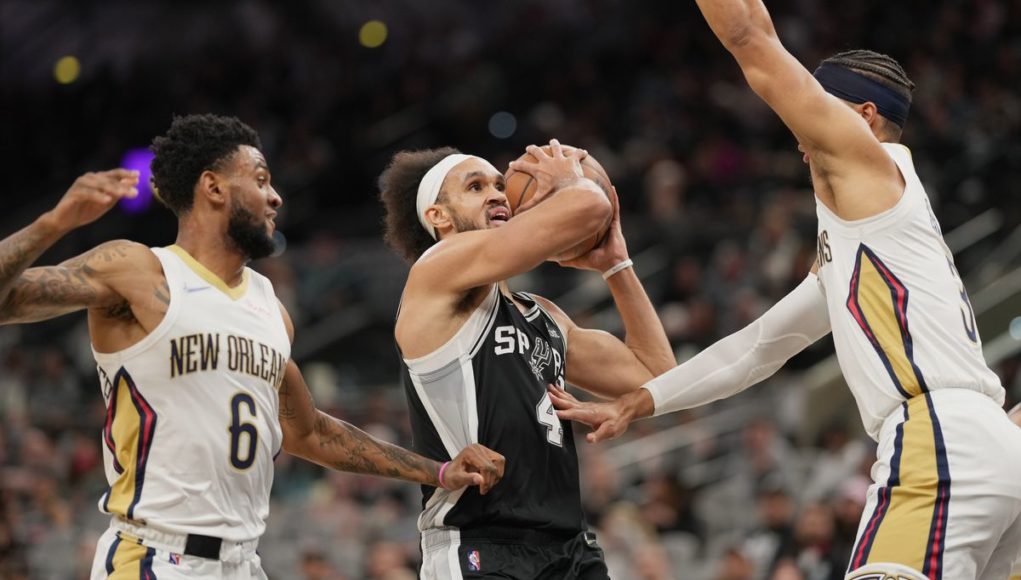 SAN ANTONIO (PSN) — The San Antonio Spurs split a pair of games over the weekend, falling to the Denver Nuggets and defeating the New Orleans Pelicans on Saturday and Sunday night respectively at the AT&T Center.

In case you missed it, here’s a mini recap of both games from the weekend:

The San Antonio Spurs opened the weekend with a 127-112 loss to the Nuggets after defeating them on Wednesday night. San Antonio struggled defensively in the game, allowing Denver to score 44 points in the second quarter.

Denver finished the game 20 for 43 on 3-pointers, matching their high on the season. The Nuggets responded to their worst loss of the season with a statement game despite having injuries to key players.

Denver built a 32-point lead in the fourth quarter, allowing Spurs Head Coach Gregg Popovich to rest his starters with a game in less than 24 hours.

”Denver set a good example of how you react after a loss,” Popovich said after the game. ”And we did the opposite. We showed how you do not want to react after a win.”

San Antonio was sloppy on offense and Denver made them pay for it.

“(The Nuggets) came out and were determined,” Johnson said. “We came out kind of lackadaisical and laid back, and things happen.”

The Spurs took out their frustration on the Pelicans on Sunday night, thumping them 112-97 to close out the weekend.

The victory for San Antonio was their tenth on the season, putting Popovich within 16 games of the all-time wins record to make him the winningest coach in NBA history.

San Antonio blew the game open in the fourth quarter, outscoring the Pelicans 29-15.

Derrick White and Jakob Poeltl combined for 48 points in the win as Poeltl added 12 rebounds. In a total team effort, the Spurs had six players in double figures as Johnson added 17 points and Doug McDermott chipped in 13.

“He’s kind of ridiculous right now,” Popovich said of White’s performance. “Man, oh, man, when he and DJ and Jakob play like that, you have an opportunity to win basketball games.”

New Orleans was led by Brandon Ingram’s 27 points. Jonas Valanciunas added 17 for the Pelicans, who moved to 8-21 on the season with the loss.

The Pelicans were in the game until the fourth quarter but the Spurs’ aggressive play left no doubt who would come out on top.

“They knocked us on our heels,” Pelicans coach Willie Green said. “Lot of drive kicks, drive kicks. This is what they do. They get in the paint, they play together. They had 31 assists.”

The San Antonio Spurs are now 10-16 on the season and will return to the court on Wednesday night to welcome the Charlotte Hornets (13-11) to the AT&T Center at 7:30 p.m to close out their five-game homestand.