Forty months after the Spurs made Splitter the 28th overall pick in the 2007 draft, and after he spent his entire first NBA preseason on the shelf with a strained calf muscle, the 6-foot-11 Brazilian player has been cleared play in tonight’s game against the L.A. Clippers at the Staples Center.

Splitter will come off the bench, and his playing time will be limited, but for now, any minutes are good minutes for Splitter.

“Being off the court all this time, nobody likes it,” Splitter said after shootaround this morning at Santa Monica High School. “It’s passed, and that’s it. I’m going to get better every day, get in shape and be part of the team.”

I suppose one could wax poetic or speak to the excitement and anticipation of seeing Splitter don the Spurs’ black and silver for his first official game, and maybe even speak to the fact that his debut being against the Clippers should present a decent opportunity to gauge him as an athlete and player (Kaman, Griffin, Jordan and Co. are about as good as you’re going to get), but I’m not. I’m simply going to say: 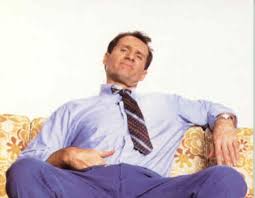