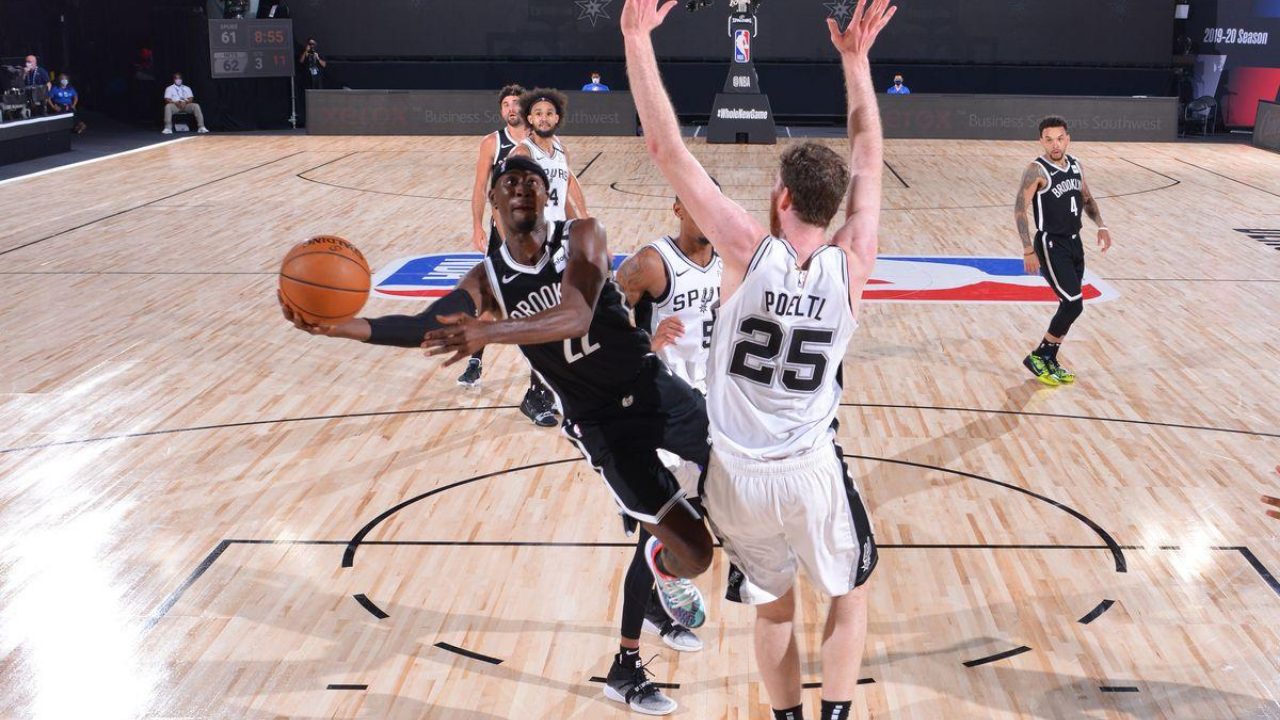 The San Antonio Spurs’ regular season officially restarts tonight when they play their first of eight seeding games, with their opponent being the Sacramento Kings.

Before the game, Spurs guard Dejounte Murray and center Jakob Poeltl were asked for their thoughts on a number of different topics.

“We’re all just happy to have basketball back,” said Dejounte Murray. “We love the game, that’s our job.”

“We’ve got to just compete, get up and down, play defense,” continued Murray.

When asked about what it’s been like to play in games without fans, Murray said, “It’s real different because you want the energy from the fans.” He went on to say, “obviously the fans play a big part with us today” and added “it’s been more different. At the end of the day, it’s our job. We’ve just got to play. At the end of the day I just focus on the game.”

“Obviously it makes a difference,” said Jakob Poeltl. “It hasn’t felt too weird for me though.”

In the three scrimmages the Spurs have been using a starting lineup with just one traditional center (Poeltl) being surrounded by four guards/wings (Murray, Derrick White, Lonnie Walker IV, DeMar DeRozan).

“It changes the way we play,” said Poeltl of starting in a small ball type lineup. He mentioned that the lineup allows for “switching a lot” on defense.

“It has been very successful at times,” continued Poeltl of small ball lineups. “I think it’s something a modern big man should do. It’s just being flexible.”

Once the regular season and playoffs end, Poeltl will be a restricted free agent. When asked about what his play in the seeding games can do for his offseason, he said it can only help him if the team plays well.

“I’m going in with a mindset that if we’re playing well, winning games, it’s going to help me,” said Poeltl. “My whole career I’ve been a player who helps his team.”

In the opening restart games with the Utah Jazz facing the New Orleans Pelicans, and then the Los Angeles Lakers playing the Clippers, all four teams kneeled during the national anthem.

“It was good, they were together as one,” said Murray of the message from the four teams.