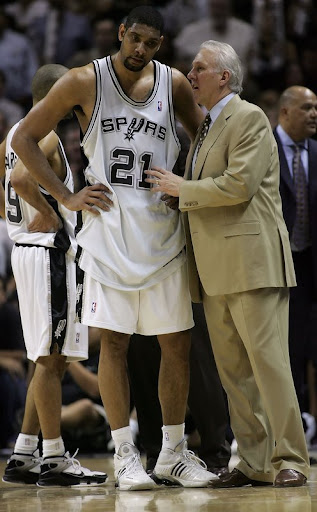 Currently, Popovich is third on the all-time list of most coaching victories with one team trailing Utah Jazz coach Jerry Sloan who has 1,126 wins and Boston Celtics’ former coach Red Auerbach who recorded 795 wins.

With the win against the Sacramento Kings, Popovich is now sitting at 778 wins moving him within 18 more victories of surpassing Auerbach for second place.

As for Duncan, he currently is ranked 11th on the NBA career blocked shots list with 2,331. Should he record 26 more blocked shots this season, he will move into the top 10 and pass former NBA player Alonzo Mourning who recorded 2,356 blocked shots.