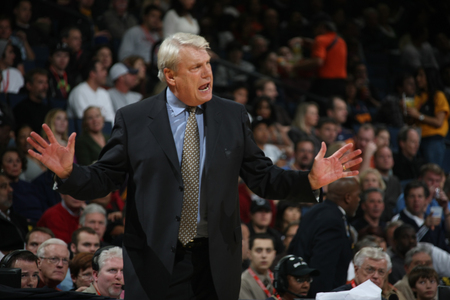 “When I was in Golden State and I was having all the (Chris) Webber problems and Gregg Popovich was the GM in San Antonio and wanted to make a change. He called me up and said, ‘Can you get out of your contract and come here and be my coach?’

“It was a great idea, because the way we were looking at it, one of us (Webber or Nelson) had to go and if I leave they can keep Webber and get a good coach and everything would be great. So I begged Fitz (Jim Fitzgerald had since bought the Warriors) to let me out of my contract, but he refused, so he and I got into a big argument.

After seeing Pop lead this team to four championships,  I can’t even imagine Nelson as coach of the Spurs.

Before Pop was named Executive Vice President and General Manager of the Spurs, he spent two years on Nelson’s bench in Golden State.

I do wonder though if the Spurs would still be four-time NBA champions if Nelson was able to get out of his contract. Would we have ever seen Pop become one of the NBA’s greatest coaches?

Feel free to add your opinions and thoughts in the comments.