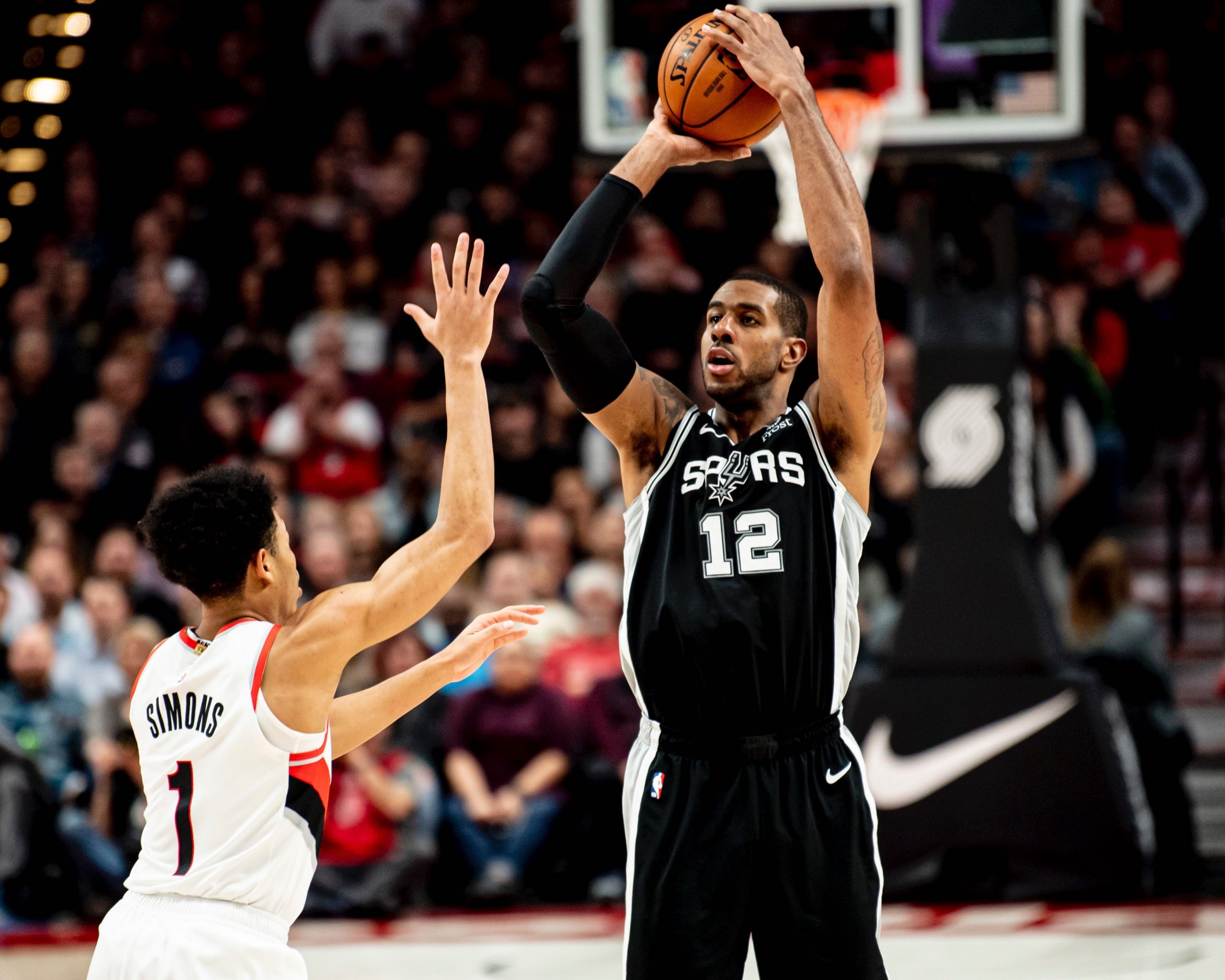 Monday the San Antonio Spurs announced LaMarcus Aldridge will miss the remainder of the 2019-2020 regular season. Here’s the full release from the team. 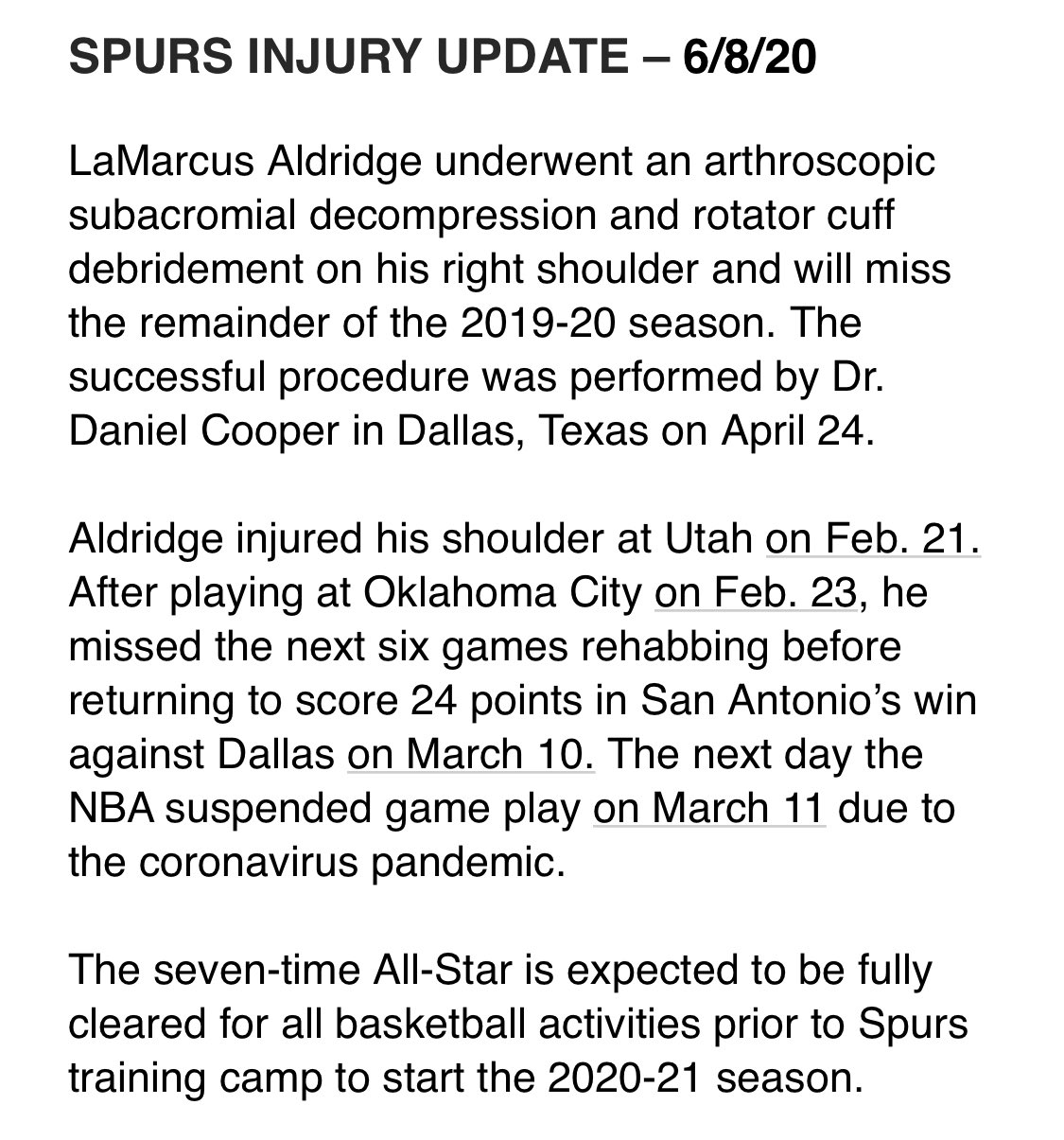 The Spurs will be resuming their season July 31 in Orlando, along with 21 other NBA teams in eight seeding games. If they’re able to secure the 8th seed during the seeding games, then San Antonio would be part of the playoffs.

Here’s what the Spurs would need to do to try to earn a playoff berth.

With Aldridge out, the Spurs now have 13 players available to go to Orlando, and they will be able to call upon their two two-players Quinndary Weatherspoon and Drew Eubanks in the event a player gets injured or tests positive for Covid-19 while in Orlando.

The NBA will reportedly allow a signing window to take place June 22, meaning the Spurs can either sign two free agents before the games on July 31, or convert their two-way players to full NBA contracts.

Aldridge finished the season averaging 18.9 points, 7.4 rebounds, and 1.6 blocks per game in 53 games. He’s under contract with the Spurs next season before becoming an unrestricted free agent in the 2021-2022 offseason.