San Antonio Spurs forward Da’Sean Butler will be returning to Morgantown, West Virginia in the near future to make an appearance at the school’s annual Bob Huggins Fantasy Basketball camp. 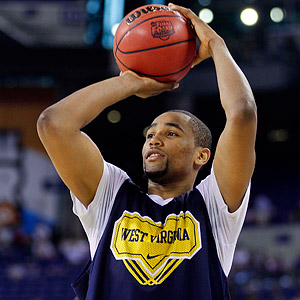 Director of Basketball Operations Jerrod Calhoun is excited to have Butler and other former Mountaineers returning for the prideful event, according to Scott Grayson of WVIllustrated.com.

“Da’Sean (Butler) is definitely coming back,” Calhoun said. “He is down in San Antonio with the Spurs, so we are going to fly him in from San Antonio.”

The Spurs have been all over the world, making appearances from San Antonio to France in this long off-season. It’s great that all the players under roster are continuing to be role models in a widespread of communities.

If you didn’t have a chance to read the latest Project Spurs column on Butler, do check it out: Room for Improvement: Da’Sean Butler.