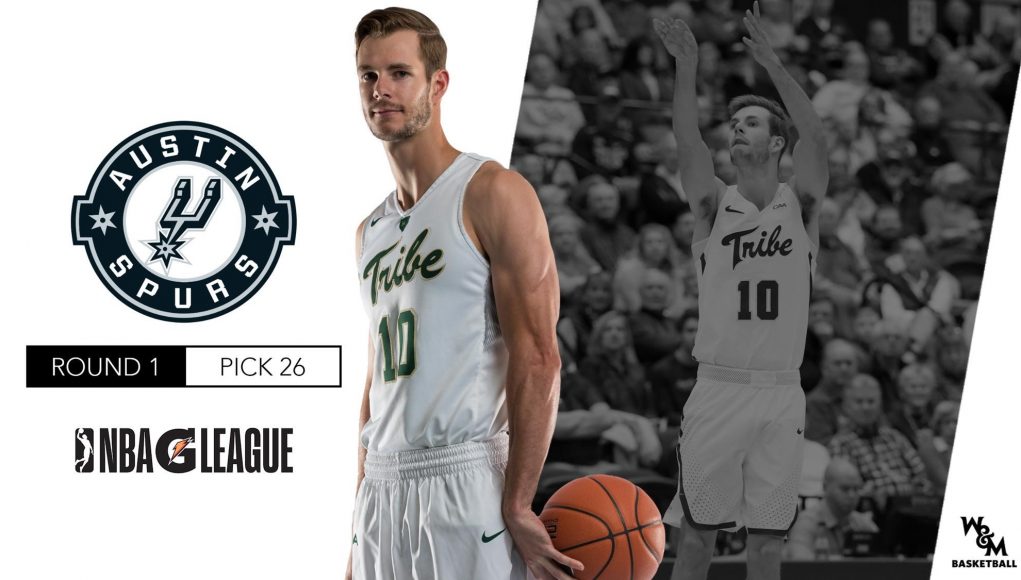 Aside from his work beyond the arch, he also averaged 12.6 points, 3.3 rebounds and 1.9 assists per game as a senior.

Burchfield has a smooth, quick release on his jumper, and while he seems to be best in spot-up situations, he can also shoot off the dribble. One thing he does well is making sure he is well-balanced before lifting off and firing for the three. Sometimes it’s a direct pass and shoot, and sometimes he takes a one or two-gather to get himself balanced well.

His range also extends well beyond the three-point line, and he won’t be shy about firing off a deep three if he’s unguarded in transition or his defender is laying back.

Burchfield worked out with the Charlotte Hornets prior to the NBA Draft, but he previously signed a professional contract BC Juventus in Lithuania.

Blair back in Spurs system

DeJuan Blair is a name several Austin and San Antonio Spurs fans should be familiar with. Blair was selected in the second round of the 2009 NBA Draft by San Antonio and was drafted with Austin’s fourth-round pick today.

Blair’s Spurs career started off well, as he made an impact right away and was selected to the 2010 rookie game, where he finished with 22 points and 23 rebounds.

Blair seemed to become publicly displeased with his playing time in the 2012-13 season, as the Spurs used Tiago Splitter and Boris Diaw in their rotation as part of a team that focused on ball movement.

He joined the Dallas Mavericks the season after and played his last season in the NBA with the Washington Wizards before playing internationally in China and Argentina.

It’ll be interesting to see Blair back in the Spurs’ system in Austin.  Austin could utilize the 6-7, 270 lb. power forward in a smaller lineup with Amida Brimah.

Austin rounded out the rest of their draft with an emphasis on guards, selecting former UNLV guard Jordan Johnson in the second round and former UTRGV guard Nick Dixon in the third round.

Austin begins their G League title defense, tipping off the season against the Texas Legends at home on November 3.