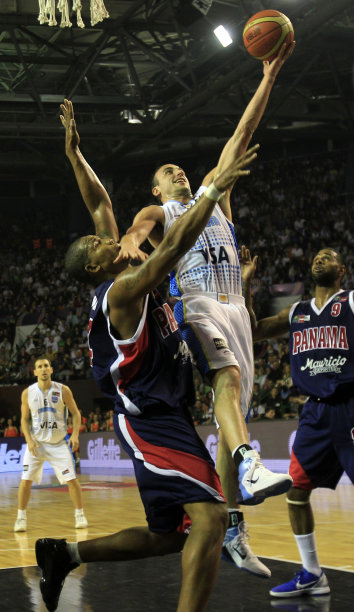 It was a tale of two halves as San Antonio Spurs’ Manu Ginobili and Argentina defeated Panama 90 to 71 on day five of the 2011 FIBA Americas tournament.

In the first half, Argentina had trouble making shots and committing turnovers; Panama stayed within striking distance through the first two quarters as Panama took a 39-38 lead into halftime.

The second half was a much different story as Argentina outscored Panama 52-32, Ginobili finished the game with 14 points, eight assists, three rebounds, and one steal in 35 heavy minutes of action. Houston Rockets’ Luis Scola led Argentina with 19 points and 14 rebounds as Philadelphia 76ers’ Andres “El Chapu” Nocioni had 18 points.

Argentina finishes round one of the 2011 FIBA Americas 4-0 and will begin round two on Monday as the tournament resumes in their host city of Mar del Plata.