Spurs fans know Kawhi Leonard’s a special player, and other NBA fans are finally beginning to understand. With the Golden State Warriors and Toronto Raptors locked on one win apiece in the NBA Finals, all the money is on Kawhi Leonard to win the Finals MVP.

Kawhi is one of three players with a realistic chance of winning finals MVP, alongside Steph Curry and Draymond Green. It seems many fans believe Kawhi Leonard can win the highest individual award even if his Raptors lose the series.

We checked out the latest odds from top bookmakers, and found Kawhi was consistently on the second line of betting for NBA Finals MVP. For example, 888Sport, which offers no deposit bonuses and free spins to casino and sports betting customers, has Kawhi just behind Steph Curry.When we last looked, 888Sport was paying 1.73 for Curry, 3.50 for Leonard, 5.00 for Draymond Green, and at least 23.00 for all other players.

Prior to the series, Curry, a two-time NBA MVP, and Kevin Durant, a two-time NBA Finals MVP, were the favorites for this year’s Bill Russell NBA Finals Most Valuable Player Award. But Leonard’s form and Durant’s injury have seen the former San Antonio star surge in betting markets.

There are two reasons San Antonio fans are interested in this year’s NBA Finals. For starters, there’s been more neutral interest than usual due to the fact that Toronto has broken up the Golden State-Cleveland (or, more accurately, Golden State-LeBron) cartel that we all got tired of seeing for four straight years.

As mentioned, the surprise appearance of former Spur Kawhi Leonard in this year’s finals (surprise, because for most of the season it looked like it would be Giannis Antetokounmpo and the Milwaukee Bucks who challenged the Warriors) has added extra interest for Spurs fans.

With the series tied at 1-1 apiece and Golden State heading to Oakland with home court advantage, it’s no surprise the Warriors are favorites to win their fourth title in five years. According to the latest odds, the Warriors are paying around 1.35 to win the 2018-19 NBA Championship, while the Raptors are around 3.50.

The most likely outcome, according to 888Sports’s latest odds, is a 4-2 victory to the Warriors. This scenario is paying 2.75, slightly less than a Warriors 4-3 victory, which is paying 3.50.

Can the Raptors surprise fans and bookmakers and win the NBA title? The odds say no, but recent history says yes. Nobody would have believed Kawhi would hit a shot on the buzzer to sink Philly in game 7 and nobody would have believed the Raps would come from 2-0 down to beat Milwaukee. If anybody can beat the odds in this year’s NBA Finals, it may just be Kawhi Leonard and the Toronto Raptors. 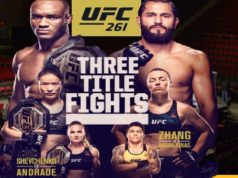 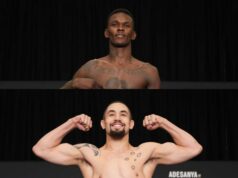 How to watch UFC 271 PPV full fight in the USA, Canada