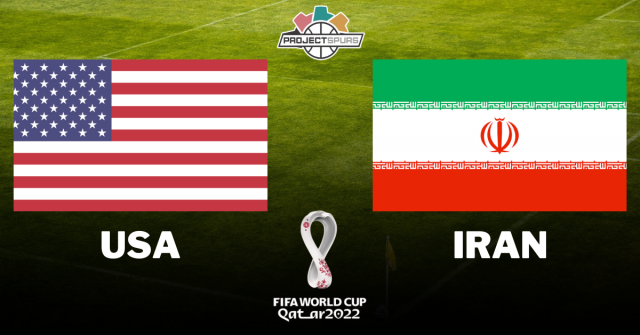 It’s win or go home for the United States Men’s National Team. They’ll face the Islamic Republic of Iran in their last group-stage match of Qatar’s 2022 FIFA World Cup. IR Iran is an underdog but they’re also one of the best-positioned Arab Nation teams to advance to the knockout rounds. A win for each team guarantees advancement. If they draw, the US is out and Iran would advance unless Wales beats England by four goals. While this World Cup has proven nothing is impossible, Wales beating England by four goals will be quite a feat. All the Pressure is on the US team to get a multiple-goal lead to secure the win. While most analysts will say the US should feel good about its chances to get out of the group round as they’re the better team on paper, there are some extenuating circumstances in this one.

The United States Soccer Federation supported protesters in IR Iran by posting an altered image of IR Iran’s flag on their social media posts ahead of their match. It was an image of the Iranian flag without the emblem of the Islamic Republic just the colors. CNN reported that USSF officials said that it wanted to change the official flag for 24 hours to show “support for the women in Iran fighting for basic human rights” The posts were deleted and the correct depiction of the Iranian is now up on the USSF’s social media platforms. However, this move infuriated the Iranian government.

Iranian state media has reported that the Iranian Football Federation has called on FIFA to kick the US Men’s National Team out of the World cup immediately and be suspended for 10 games, for the use of a distorted image of the country’s flag. Tasnim News Agency (Iranian state-affiliated media) has posted a series of tweet showing which FIFA rules the USSF violated. The match is still scheduled to take place so either FIFA is not going to take punitive actions or it will come at a later time.

Warning: Tasnim News Agency has Anti-American imagery on their page, please use caution if you visit their Twitter page.

The US State Department has said that it did not coordinate with the USSF on its actions saying, “We look forward to a peaceful and competitive match on the field. The United States continues to find ways to support the Iranian people in the face of state-sponsored violence against women and a brutal crackdown against peaceful protestors,”

There have been months of protest in IR Iran after the “Morality Police” allegedly murdered Mahsa Amini for wearing her hijab too loosely.

The US Coach Gregg Berhalter said he had no idea what US Soccer had put out but apologized and expressed that they are focused on the task at hand. His team needs to win to move on for many fans and analysts not making the quarter-finals would be seen as a total failure on his part. Their 1-1 draw with Wales represents the only US goal in the tournament. Contrasted with IR Iran’s four goals, it seems like it’ll take everything the USMNT has to send the Iranians home.

With the Iranian team coming off their 2-0 victory against Wales they’ll have momentum on their side. This should be a high-intensity match. Expect both teams to go all out and leave it all on the pitch. It’s do or die for the US, do they have what it takes to advance?

Which teams are moving on? pic.twitter.com/IrW6eVqkEd

USA vs. Iran World Cup: How To Watch

Who will advance to the knockout rounds? Will the off-pitch controversy affect on-pitch play? This is going to be a match for the history books. Make sure you tune in to catch all the action. USA vs IR Iran will kick off at 1 PM CDT from Al Thumama Stadium in Doha, Qatar, and will air on Fox in the US. Streaming options for the match include Fubo and Sling TV.

The oddsmakers at CBS Sports are predicting a close match, they have the odds set as:

Who do you think will advance in the World Cup? The USA? Or IR IRAN? Comment below.