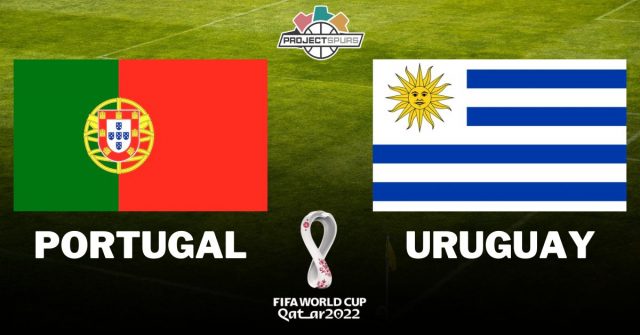 Portugal is looking to punch their ticket to the round of 16 in the 2022 FIFA World Cup in Qatar. Coming off an outstanding 3-2 win over Ghana, Cristiano Ronaldo and the Portuguese team are in a good position to advance if they can get a win against Uruguay. Earlier in the day Ghana and South Korea will face off, if there is a winner it will put pressure on the Uruguayan team to get a win so they can stay in the top two of the Group H rankings. Ronaldo got a penalty goal making him the first man to score in 5 World Cups, he’ll be looking to continue to be a difference-maker against Uruguay. The two teams have only faced each other once before, in 2018 Uruguay got the best of Portugal 2-1. Can they do it again? Or will Portugal march forward to the knockout rounds?

Portugal vs. Uruguay World Cup: How To Watch

How many Goals will Ronaldo score? Can Uruguay beat Portugal again? This will be an exciting contest you won’t want to miss. The match kicks off at 1 PM CDT from Lusail Stadium in Lusail, Qatar, on Fox in the United States. Streaming Options include Fubo and Sling TV.

For Uruguay, a lot will ride on the result of South Korea vs. Ghana. If they draw, Uruguay only needs to earn a draw against Portugal to still be in a good position to advance. While sometimes it comes down to that you have to expect Uruguay to come out strong in this match if they hope to win a third World Cup. The Portuguese haven’t made it out of the round of 16 since 2006 in Ronaldo’s debut, where they finished in 4th place. Knowing this in Ronaldo’s last World Cup should motivate his team to get revenge for 2018’s loss to Uruguay and clinch their spot in the Round of 16. Win or draw, they’ll remain at the top of the Group H table.

Portugal as suffered many injuries before the tournament even started. Diogo Jota, Pedro Neto, and Ricardo Pereria are missing from long-term injuries. Nuno Mendes was also injured in training before their first match. Portugal seems to be performing well without them but surely they’ll be missed as the competition grows stronger in the knockout rounds.

Ronald Araujo may return for Uruguay. If he is match ready he’ll be a welcomed addition to the Uruguayan defense.