NBA Trading Season: Spurs Likely to Be Both Traders and Buyers 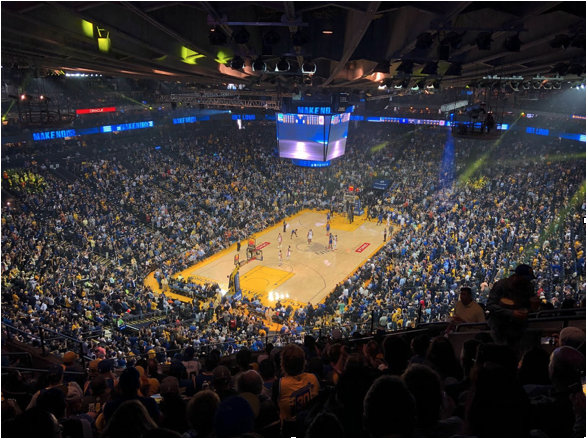 December 15, 2021, was a big day for the NBA season. On that day, the period known as the “trading season” started, which makes San Antonio Spurs players available to be traded.

However, this year the team is likely to function both as traders and buyers, and serious discussions are happening. As the February 10 deadline approaches, everyone is excited to see how the situation will unravel.

The Impact of NBA

But before we start, let’s honor the influence one of the biggest sports leagues in the universe has on the world today.

Being the world’s most popular basketball organization, it comes as no surprise that the NBA has a tremendous impact on the dominant culture and trends. And this shows not only in street fashion like the basketball jersey trend that started in the late ‘70s, but also in music, movies, and video games. All of a sudden, big names like Michael Jordan, LeBron James, Magic Jonson, or Tony Parker appeared everywhere, garnishing not only daily news, movies, and fashion, but also famous video games, and, recently, online casinos. Moreover, when it comes to the last one, as you can read on the www.skycitycasino.com blog section, some of the famous players like M. Jordan or Charles Barkley, have not only featured games like slots, but have also been seen enjoying various gambles like blackjack and poker during their careers. And these personal stories make players even more appealing to the audience, giving them the chance to connect with stars.

Knowing how fans love keeping their favorite NBA players close to their hearts, not only for their success on the floor, but also for their personal anecdotes, it comes as no surprise why every year they are impatient to see all the twists and changes during the trading seasons – how the team members will catch up with one another, will their personalities collide, how good they will be on the floor, and so on. And with this year having so many players on the market, it’s promising to provide a lot of surprises. Let’s see.

Which Players Are Signed as Free Agents?

However, that definitely does not mean they will be traded. The trading process can be quite surprising and trying to predict the result is pretty difficult and can sometimes be seen as gambling.Until the February deadline, let’s see what the possible options are.

Players That Are Most Likely to Be Traded

The San Antonio Spurs currently hold a wealth of young talent as the team’s future assets. Although most of the team is likely to be available for a suitable price, here are some of the players that could serve as the most realistic trades:

Thaddeus Young is an amazing basketball player and a great person off the court, however, he is stuck not playing, although he still has a lot to offer. Any other timeline would make him a great asset to the San Antonio Spurs, but now there are three very likely outcomes for him: a buyout, a trade to a contender, or a trade to a non-contender.

Out of the three, trading to a non-contender seems like the least possible option. On the other hand, the most likely trade partner in Phoenix recently signed Bismack Biyombo, so that option also holds slim chances. This 14-year veteran may be looking at a buyout unless a suitable contender shows up before the deadline.

Bryn Forbes is a player with one specific advantage – he shoots the ball amazingly well. During his first four years in the NBA as one of the Spurs, he scored 40% of all his 3-pointers, and this season, he continued with amazing stats.

Accurate shooters are an invaluable asset to every team, and as the trade deadline approaches, Bryn’s value should be quite high due to his fascinating numbers. When his talent is used correctly, like it was during last season’s game with the Milwaukee Bucks, Forbes can be a key factor that improves the score or boosts the offense.

It won’t come as a surprise if it turns out that Forbes was getting plenty of interest from contending teams, although there was no news from the team’s camp about his availability.

Since Spurs are hoping to develop quite a wealth of guards such as Tre Jones and Joshua Primo, it would not damage them if they traded Forbes for a valuable asset or two, if they are offered an attractive deal.

Despite the fact that Drew Eubanks got his first shot in the league from the Spurs and that he has fairly paid them back with some exciting moves, it seems like his time in the team could be coming to an end.

After averaging 14 minutes per game as the center during last season, in December, his average was only 8.7 minutes. Maybe the time has come for Jock Landale to try his luck as the team’s backup center. That would leave the Spurs with at least one extra center, especially with the return of Zach Collins.

Eubanks can still be a great backup in the league, and he probably wishes to have more minutes on the court, and all of that is unlikely to happen in San Antonio. At the moment, there is no specific information about the interest from other teams, but his years of experience must have caught the attention of many.

Are There Any Players That Are Untouchable?

Technically speaking, none of the players are untouchable, since no one in the team has a no-trade clause, but there are some players that are considered to be close to that status. For example, Dejounte Murray and Jakob Poeltl have outperformed their contracts, and Derrick White is close to doing so, too.

Therefore, unless the Spurs find a group willing to trade a true superstar for one of their players, the team is very unlikely to get equal value in return if they decide to trade either of them.

The deadline is near, and fans of the San Antonio Spurs are awaiting February 10 to see the final outcome of the NBA trade season. It will be exciting to see whether the Spurs will end up having a quiet trade season, or if they will go through some unexpected changes.